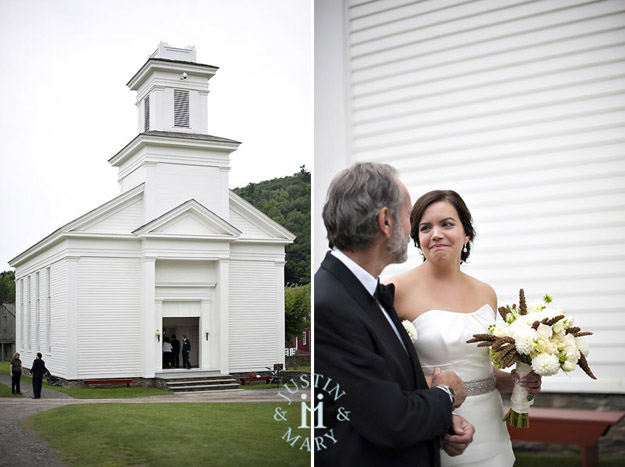 We at The White Dress by the shore feel that we have so much to be thankful for.Â  Our families, our dear friends, a wonderful job with fun co-workers and most of all, we are thankful for our gracious brides that bring us inspiration every day! One of these very brides is Caitlin.Â  About a year and a half ago, we were asked by Jessica's Country Flowers to participate in a deserving bride contest that would award a bride and groom that had extenuating circumstances, the wedding of their dreams.Â  We of course jumped at the chance and joined an elite group of vendors to create Caitin's dream wedding.Â  We absolutely adored meeting Caitlin and her Mom and cried right along with them when she selected her elegant Modern Trousseau gown. We knew that Caitlin and her husband MikeÂ were more than deserving of this incredible gift, but it was not until we recently read a blog post byÂ A Practical Wedding.com did we realize just how much this day meant to them.Â  Their story is the epitome of love.Â Â It allows us to not only appreciate our loved ones, butÂ it exemplifies what a wedding should be about- LOVE and FAMILY.Â  As eloquently stated by A Practical Wedding,Â  we are " beyond honored to bring you Caitlin's story of loss, joy and grace, all mixed into one." Â

"Â Mike and I were married on August 21, 2010 in Cooperstown, NY. Mike left his job and went back to school full time for his degree in teaching just a few months into our engagement, and so we knew planning a wedding would be difficult on one income.Â  But a few months into planning we entered a "deserving couple" contest and, much to our astonishment, won an amazing windfall that included photography, flowers, a dress and a cakeâthings that were never in our budget to begin with, but were wonderful gifts just the same.Â  Because of this, much of our planning was made easier, and over time I thought that maybe my wedding graduate post would be about creating a wedding/life budget on one income (and a non-profit one at that), or trying to plan a wedding with friends who were all going through far bigger things than our wedding (divorce and babies on either end of the spectrum).Â  But, as it turns out, what I have to say is something that has been echoed in this community many times before. 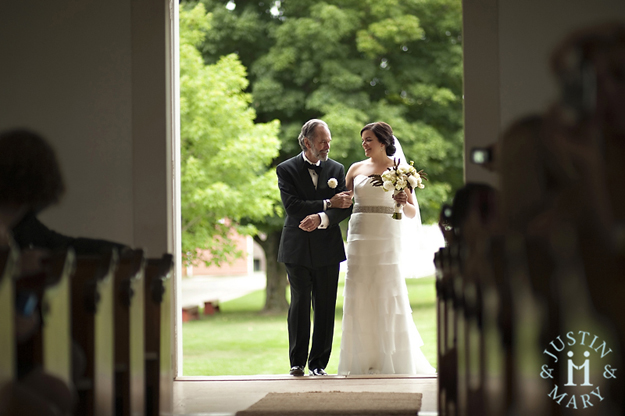 Â Throughout the planning process I read from other brides here about losing parents, facing death during the engagement, moving forward with happiness when life was hard; and I empathized, shed tears, but still felt their words didnât wholly apply to me.Â  I had both parents, plus a stepmom, and though we had lost Mike's dad to leukemia three years earlier, the pain of his absence had eased somewhat, and we were comforted in knowing that he had considered me part of the family before he passed.Â  Then, in July, Mike's mom told us she had cancer.Â  And it was advanced.Â  Everything changed.
Â 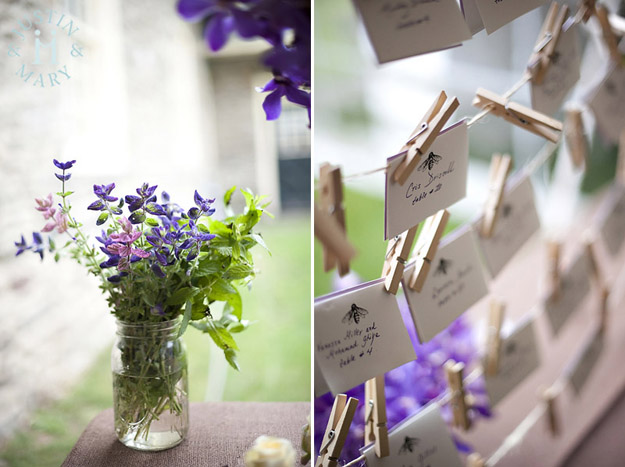 Â I remember that first night clearly, hours after she told us, trying to fall asleep in Mike's sister's room and whispering to each other an imaginary timeline for when we would be ready to let her go.Â  It seems ridiculous now, but it made those first hours and days easier, gave us some control, to feel that we could deal with this if we could just have another year, even six more months.Â  But just three weeks later the call came that she was in the hospital, and that we should get there as soon as we could.Â  And only an hour after we arrived, we said goodbye, and she left us. It was the Saturday before our wedding.
Â
Â 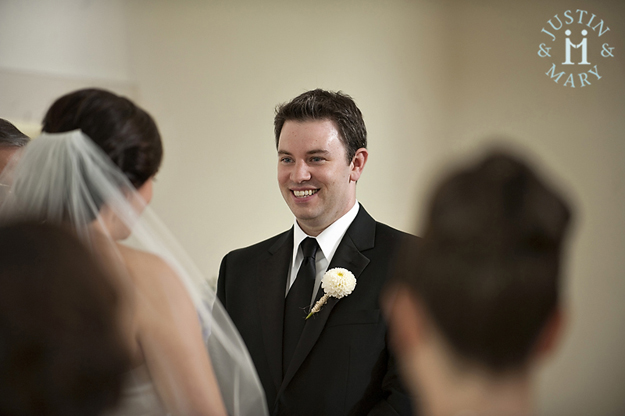 Â
Words are tricky things to find as I write this.Â  Bernadette was Mike's mom, but also one of his closest friends.Â  She was not just my mother in law, but the woman I considered a parent for more than 8 years, whose house I lived in over countless weekends when Mike and I were long distance and he lived at home, for more Friday night cups of tea around the kitchen table than I can count.Â  She was an everyday part of our world, and now we were supposed to have a wedding when her death still felt absolutely fictional.Â 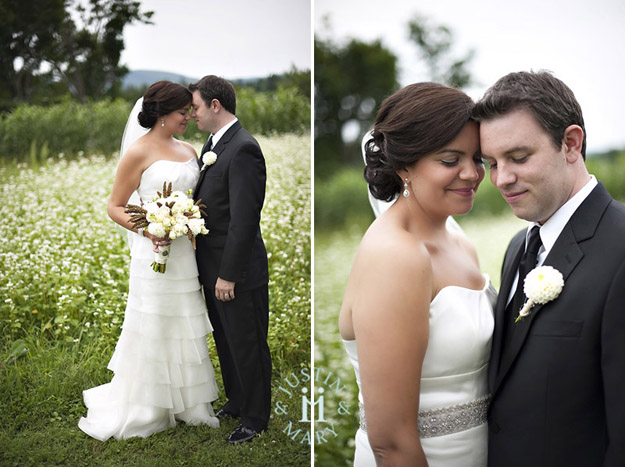 Â I worried about Mike and his sisters; I didn't know how we were going to get through the next few days, much less a party in a week. I thought we should cancel, but as soon as I uttered the words a wave of no's from both sides of the family drowned out my hesitations.Â  We would have a wedding, but first we would say goodbye.
Â And so I sent an e-mail to our vendors telling them that we were signing off for the week, that we trusted them to handle any last minute questions that came up, and thanked them for everything they had done for us.Â  And that is one of the best pieces of advice I can share.Â  You hire people to help you pull this day off, tragedy or no, trust that they know what they are doing and have your best interests at heart.Â  We signed off for that last week (to be honest, we checked out as soon as we learned of the diagnosis), and when we finally came to, we were greeted by a beautifully prepared wedding. 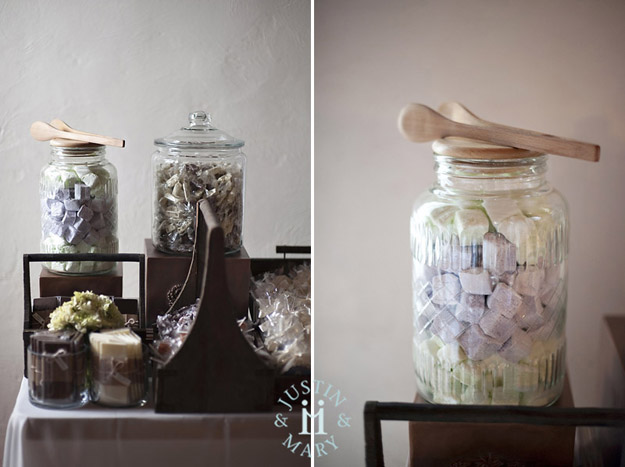 Â Bernadette's funeral was on a Wednesday, and on Thursday, after a frantic trip down to our apartment in New York City and back, we left for Cooperstown.Â  On Friday our families began to gather in town, and Mike and I tried to allow ourselves to feel excited.Â  It was a hard transition, but knowing that everyone in our lives was thinking of our family was such a tangible thingâwe had never felt so loved.
Â 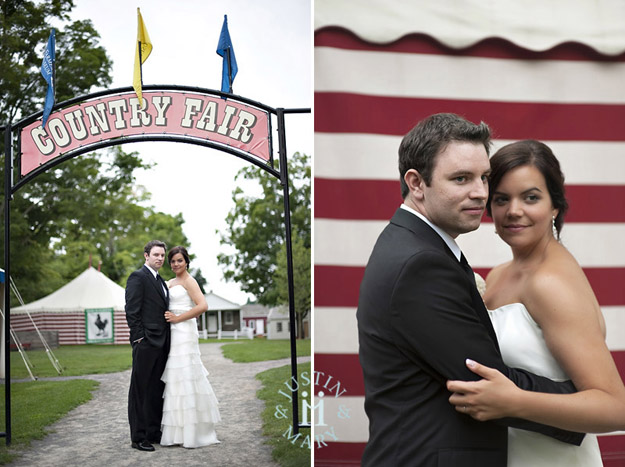 Saturday began as a relaxing day, but as the hours went by I grew anxious thinking of how Mike and his sisters (who were two of my bridesmaids) were feeling, and I struggled to hold myself together.Â  I thought I would be calm and collectedâI had been laid back about the wedding for our entire engagementâso it surprised me that before the ceremony a new, nervous person took over.Â  By the time the dress was pulled on, my hands were shaking so much that I didn't think I could get my earrings in.Â  This feeling was so unexpected, and I felt ashamed that I wasn't the breezy bride I thought I'd beâthe one who rolls with the punches, is calm under pressure.Â  But I did get the earrings in, and the photos of me getting ready only show me smiling as I see myself in my dress for the first time.Â  And I thought:Â  âthis is alright, this is just how I am feeling before I get married, this is just how I am going to do it.âÂ  And I reminded myself that most people would be nervous before getting on the stage that is a wedding ceremony, with or without the week we had experienced.Â  So I had some champagne, took some deep breaths, and thought of Mike waiting for me outside our Inn.
Â 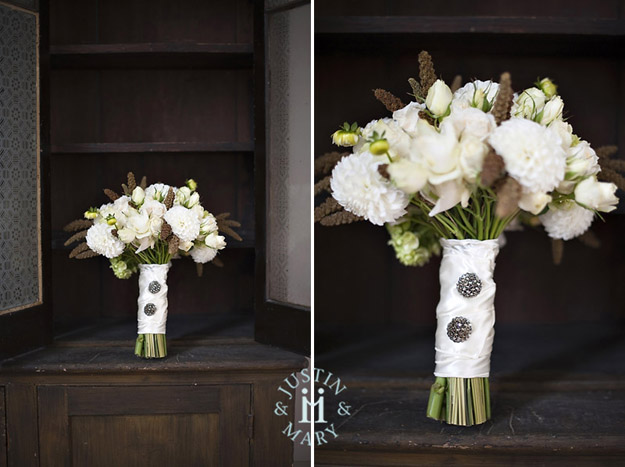 Â
Â And so we had a wedding. And that's what mattered. That in the midst of the saddest week of our lives, we were joining our families and friends to say: this is hard, but there is still joy.Â  The day after Bernadette passed, we lost my grandfather as well.Â  The dual losses brought our families together in a way we never could have expected.
Â
I have glimpses now of Mike twirling his two sisters around the dance floor as I danced with my Dad, of his uncle high-fiving the band singer after a great number, of my mom's sisters talking with my Dad's sisters who they hadn't seen in decades, of my brother singing us our first dance song and then a surprise rendition of Stand By Me later in the night, of my cousins and our work friends hanging out at the bar like everyone was an old friend.Â  The images we have from those hours are enough to help heal the sorrow that is our life without Bernadette.Â  And we've learned that a wedding is not just âyour day,â it is a day to celebrate the lives you were born into, the ones you've made, the ones you continue to build.Â  I am so thankful we were there."
Â 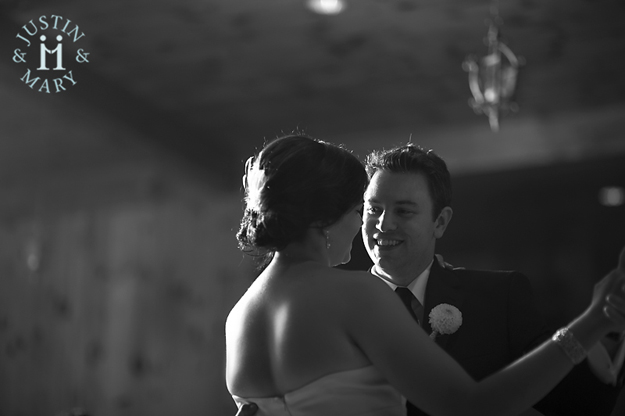 Â We thank Caitlin for sharing her touching story with us.Â  We thought today, Thanksgiving, wouldÂ be the perfect day to share it with all of you!Â  As parting words, we also wanted to share Caitlin's very kind and generousÂ sentiments to us, "I still count that afternoon in your store as one of my happiest memories. Before Jessica's Country Flowers' deserving couple contest, I was researching used or bargain dresses and had been fine with that option. I know that it would have been wonderful just the same, but the experience you gifted me, and then my experience with CallieÂ (of ModernÂ Trousseau)Â as well, I'll never be able to thank you enough for it. I wanted toÂ share the blog post with you because having that afternoon in the shop with my mom and then slipping that dress on after the terribly sad week we had, were such amazingly happy moments. I had been worried in the days before that I would not feel like a bride after everything that happened, but the moment Justin and Mary led me to the room where my dress was, it all felt real, and after putting it on I knew that I was allowed to have a wedding that day. It's amazing that a dress could help in that feeling, but it did, and you gave that to me. I happily still follow along on White Dress by the Shore's posts on facebookÂ  and so I still feel so connected to the people who helped us have such a beautiful wedding." Love,Â  Caitlin All Images by Justin and Mary Marantz