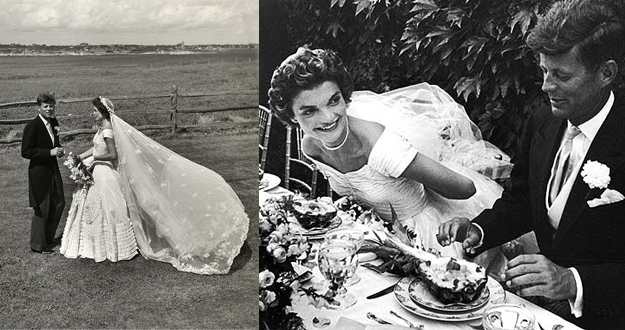 Our society has alwaysÂ been enthralled by the style and grace of Jacqueline Kennedy, and we are no different.Â  It was a dream to style a shoot that was inspired by her wedding to John F. Kennedy.Â  You can imagine my delight upon sitting at Anne Barge's 2011 runway show and seeing a replica of Jacqueline Bouvier Kennedy's gown grace the runway!

Last fall, our design teamÂ was asked by Gala Weddings Magazine to style a shoot for the 2012 issue that is currently onÂ newsstands.Â  Our inspiration for the shoot were the two images below.Â  The historic Bee and Thistle Inn in Old Lyme, Connecticut, proved to be the perfect back drop!

Dana BartoneÂ was influenced byÂ Jackie herself, as well as the beautyÂ trends of the 1950's inÂ styling the hair and makeup.Â  Tony, floral designer of the year, and creative director of Datura: a modern garden, created a decadent bouquet to accompany the gown.Â  He also crafted a clutch made of flowers that was the piece de resistance of the shoot, for sure! 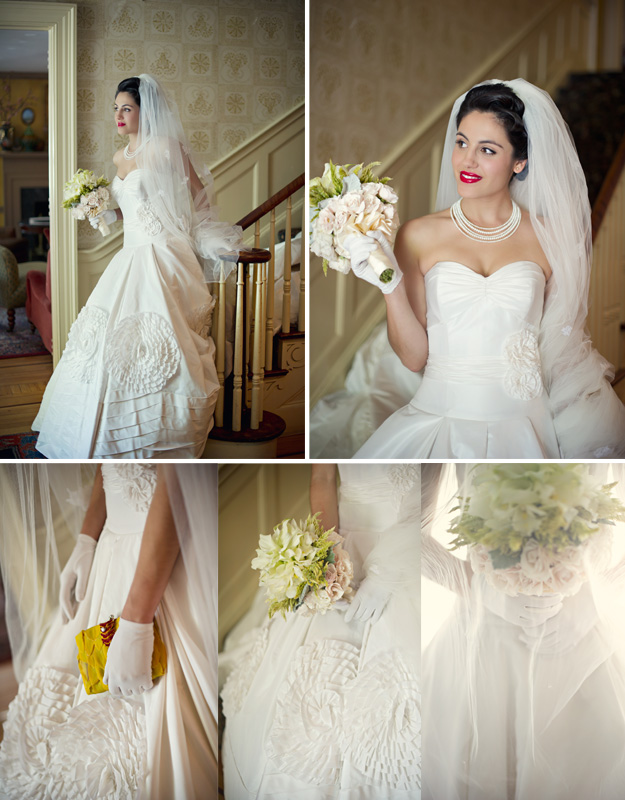 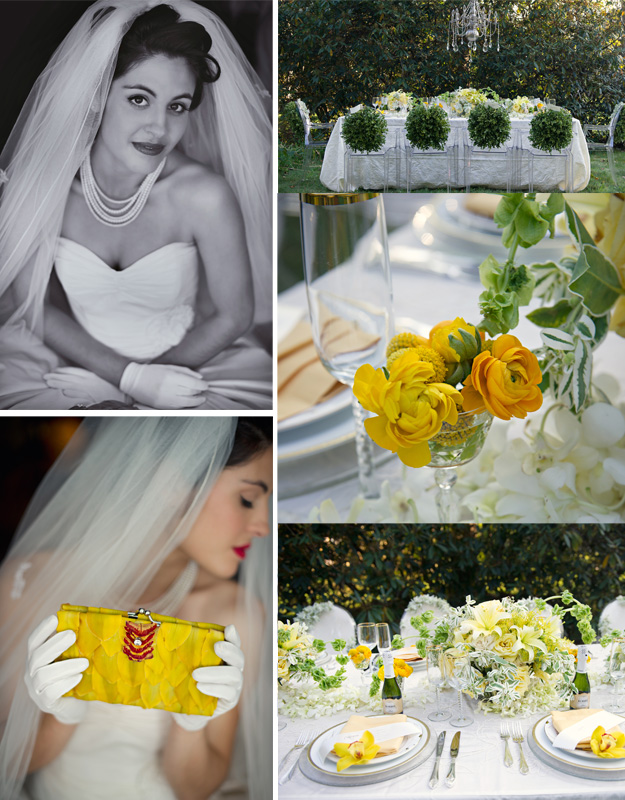 Candice Copolla of Jubilee Events, Ryan Designs and Datura: a modern garden created the elegant tablescape for the shoot.Â  Having only seen black and white images of the wedding, they envisioned a pop of yellow against the subtle white and green of the flowers and hedged back drop.Â It was perfect! 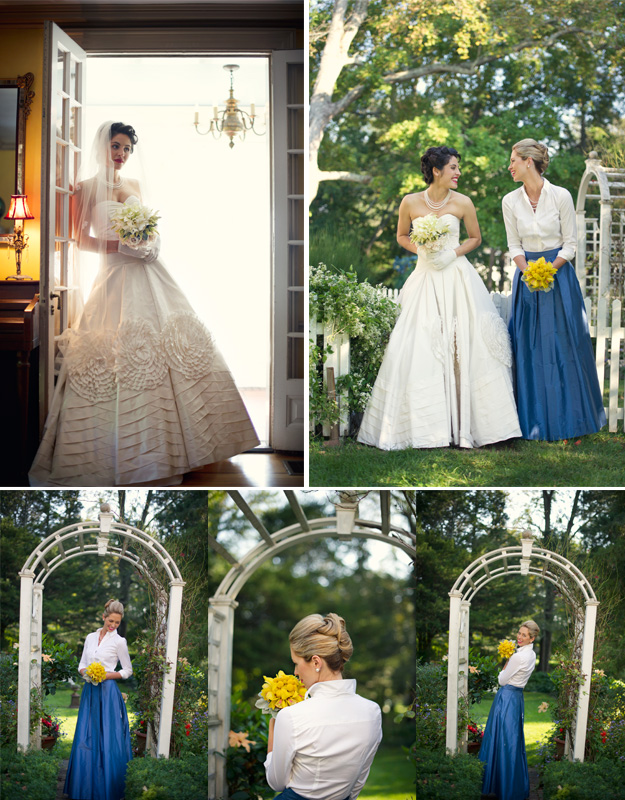 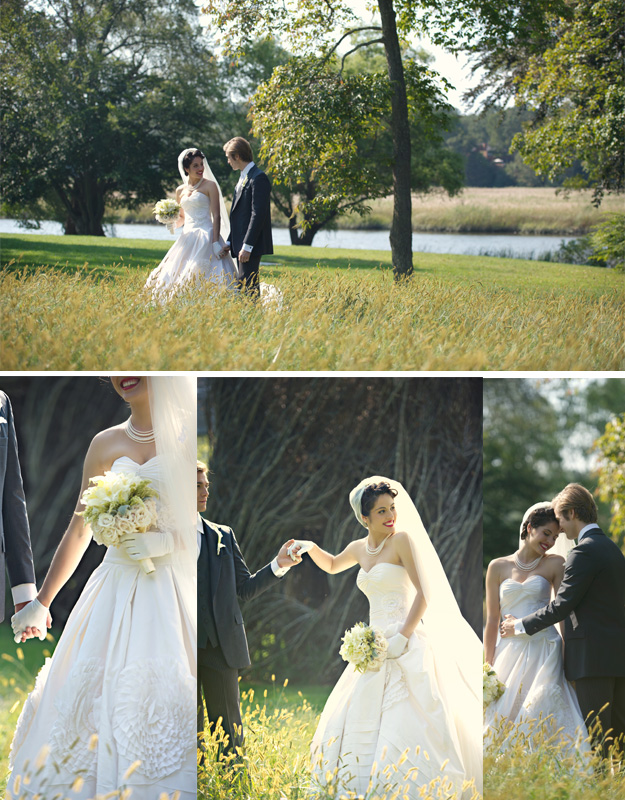 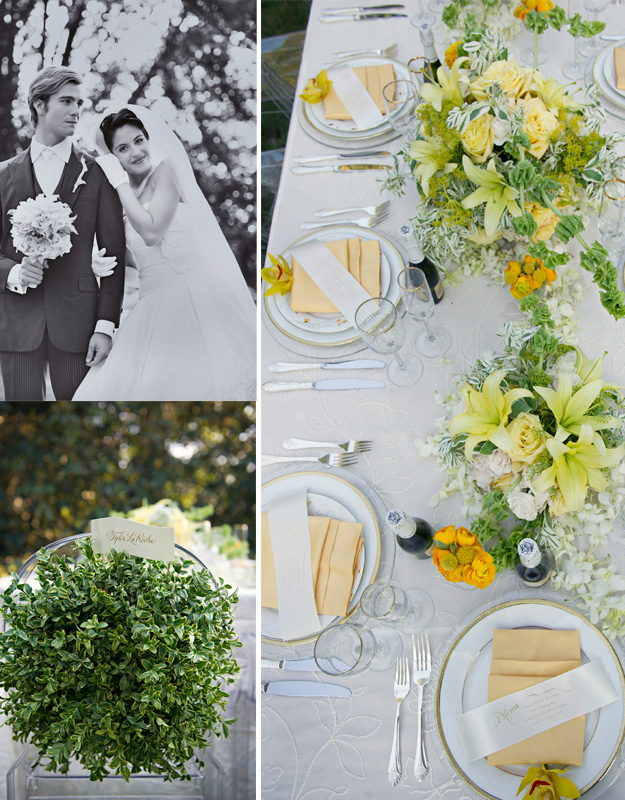 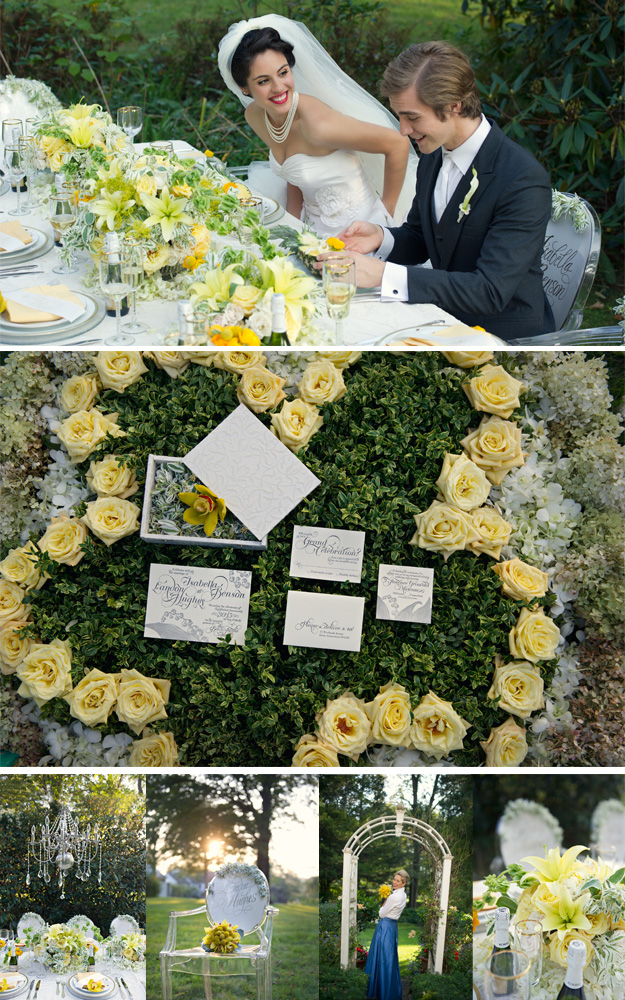 A Little Imagination Cakes Â created a beautiful confection that perfectly complimented the gown and the style of the shoot. 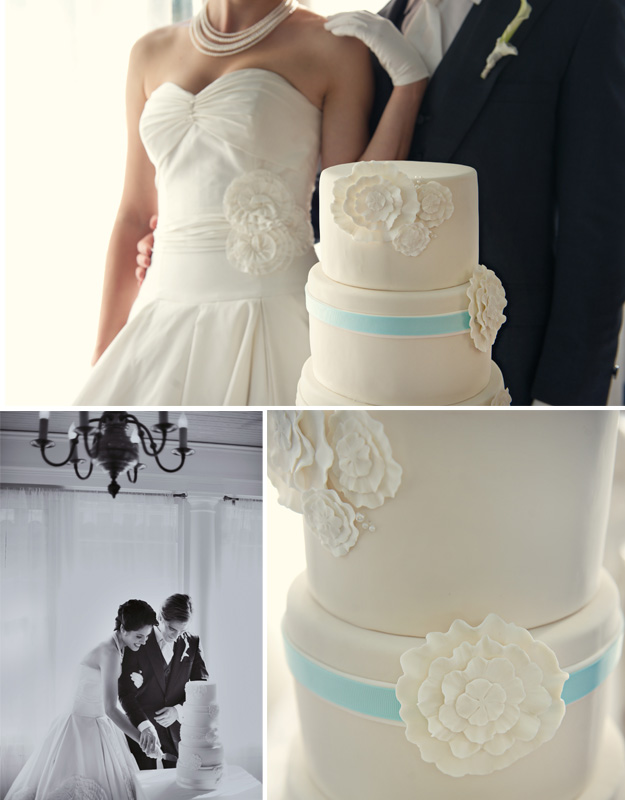 Our favorite part of the shoot was the going away scene!Â Â  If only we could resurrect this traditon! 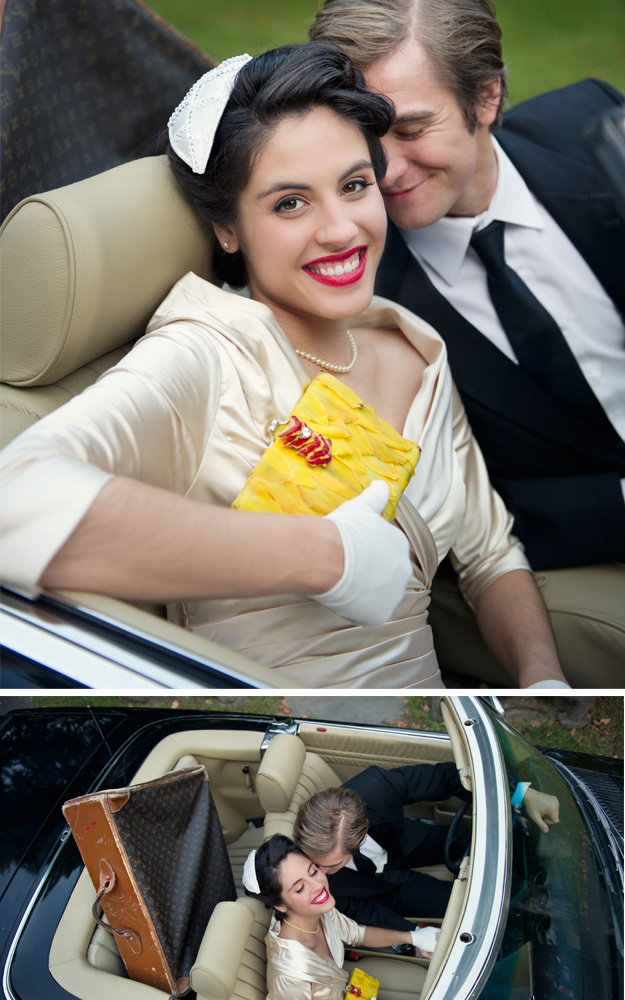 Photographer,Â Carla Ten Eyck captured every angle and every detail flawlessly.Â  We think Jackie would have loved our interpretation, don't you?!

Jewerly- AquinnahÂ for The White Dress by the shore

Venue- The Bee and Thistle Inn