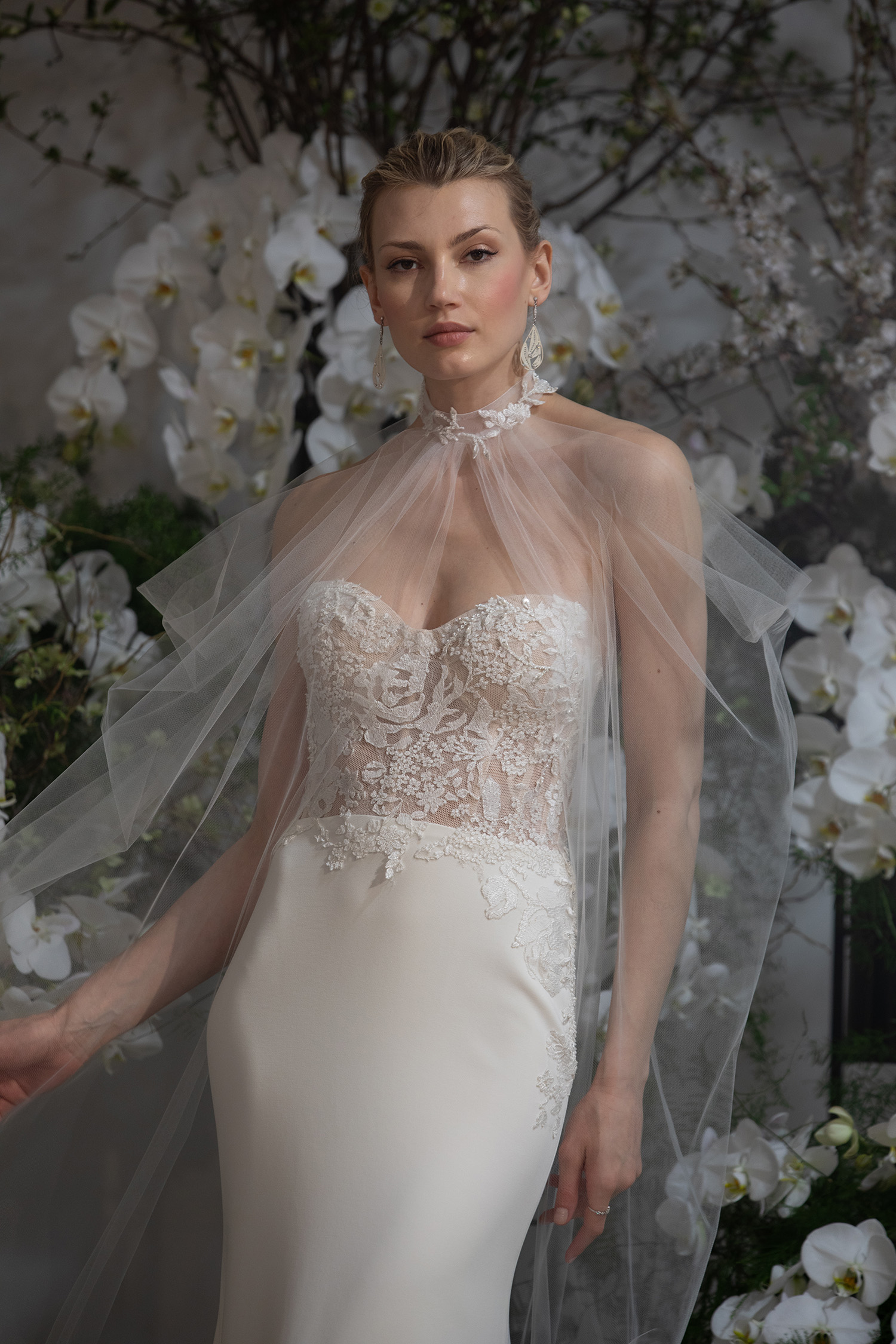 We just returned from Bridal Fashion Week in New York.  It was 3 days full of bridal beauty! Below is a recap of the Spring 2020 Bridal Trends:

Coverups/Capes/Capelets Designers have shown capes for several seasons- a trend that we are obsessed with!  A cape is a great alternative to a veil for a bride who wants a bit of drama for her ceremony.  This season, the designers expanded their offerings and showed many types of cover up options includes capelets. 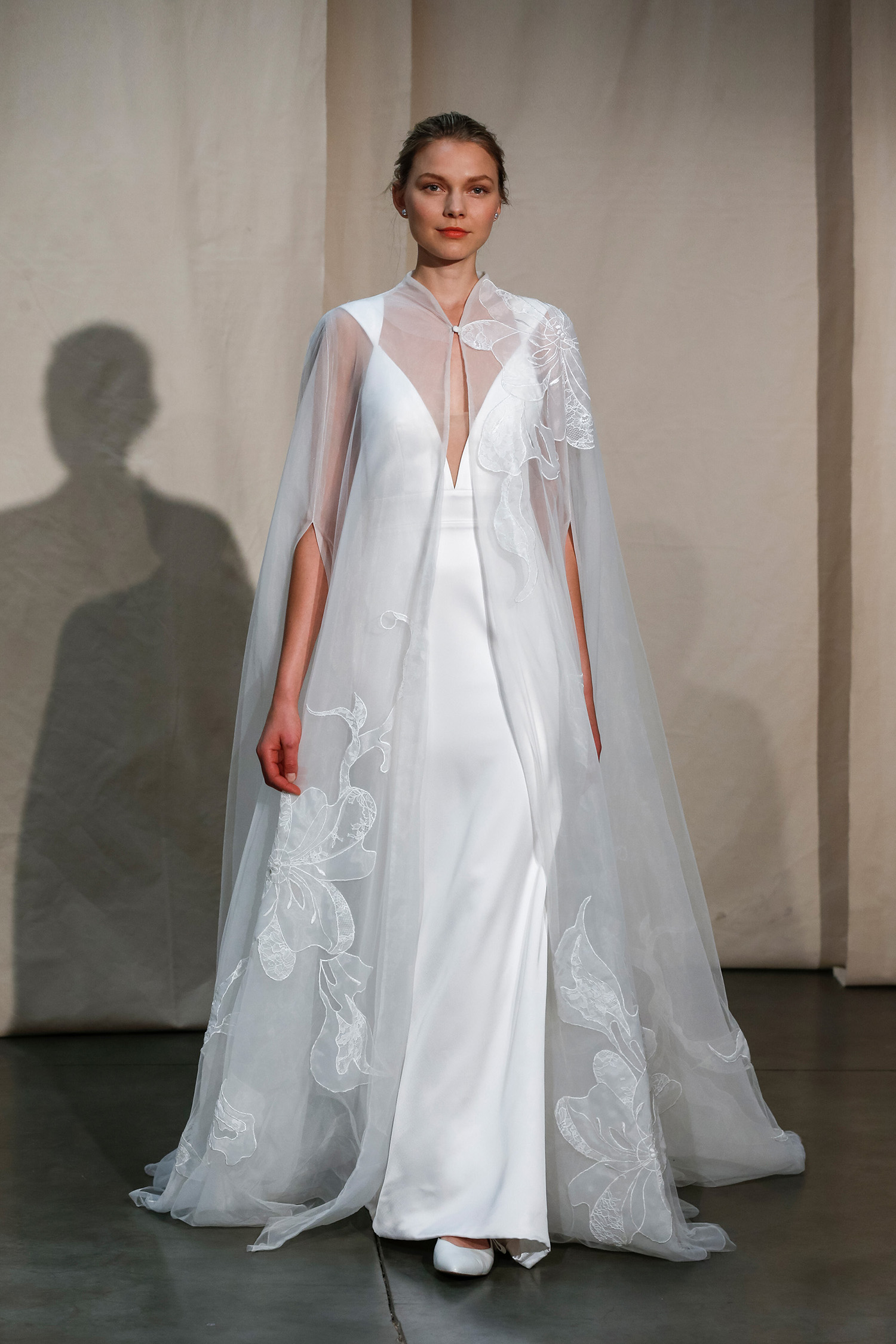 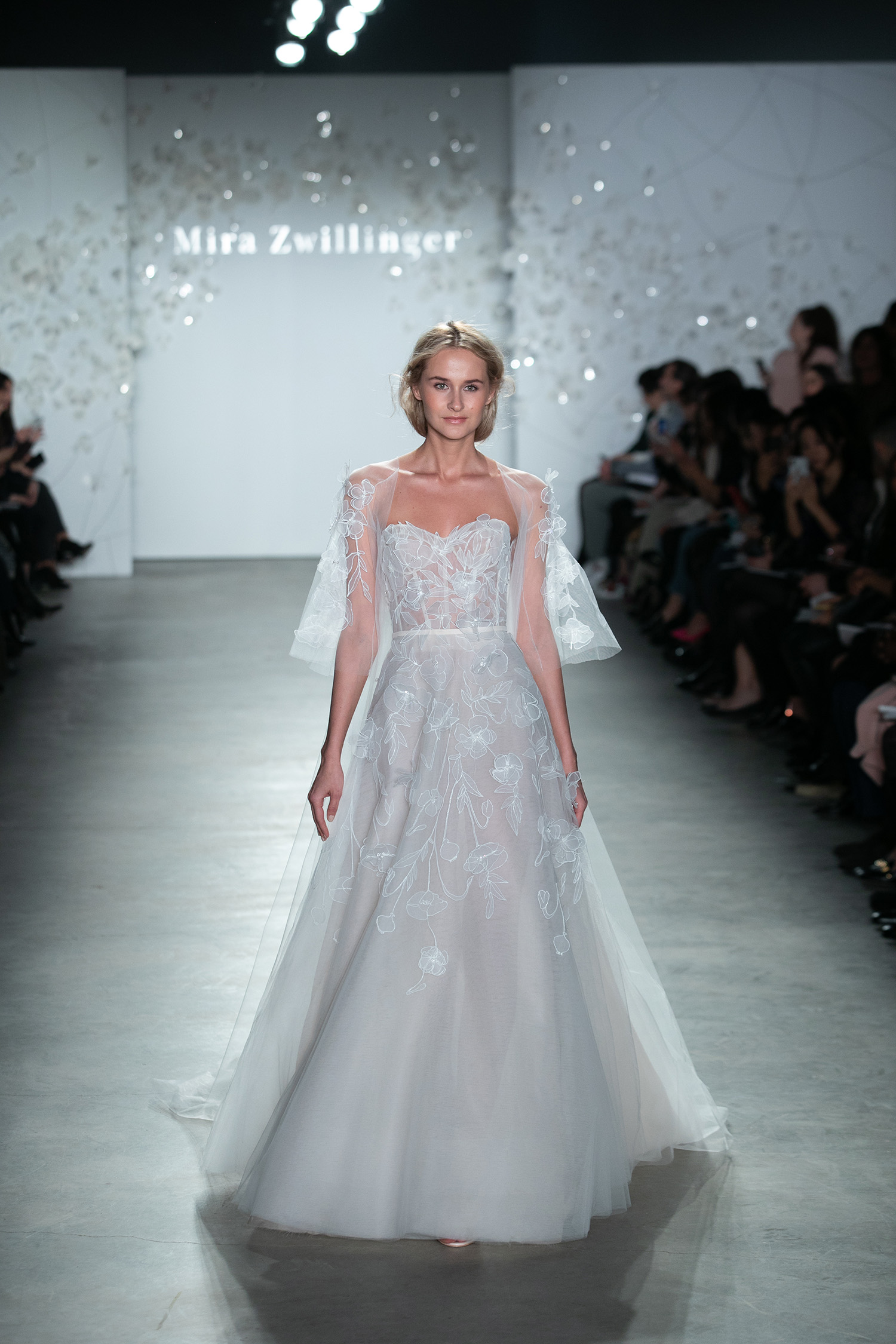 Poet Sleeves One of the freshest trends this market was poet sleeves.  These billowy, romantic sleeves graced many runways and were shown both sewn to the gown and as a detachable option. 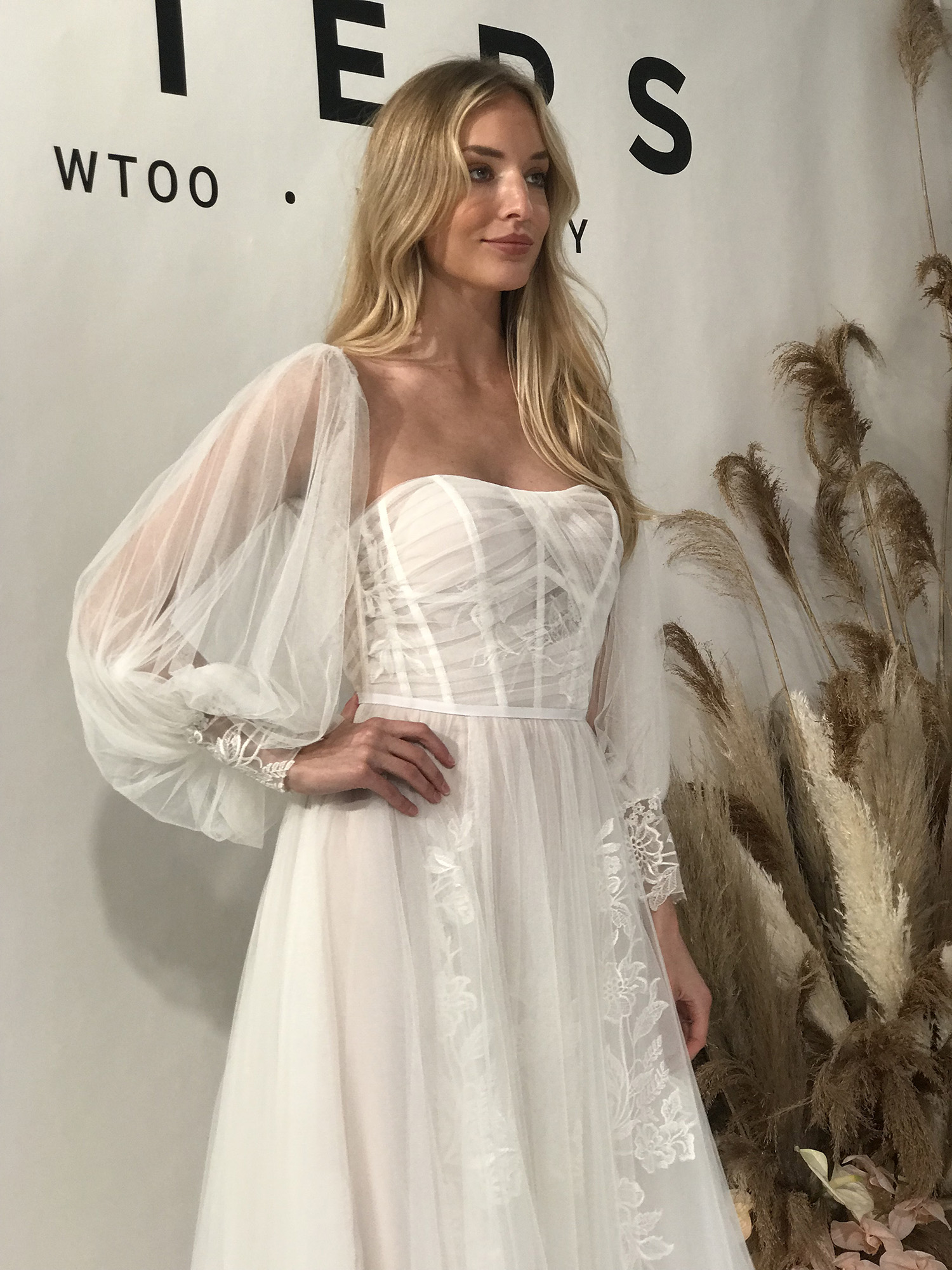 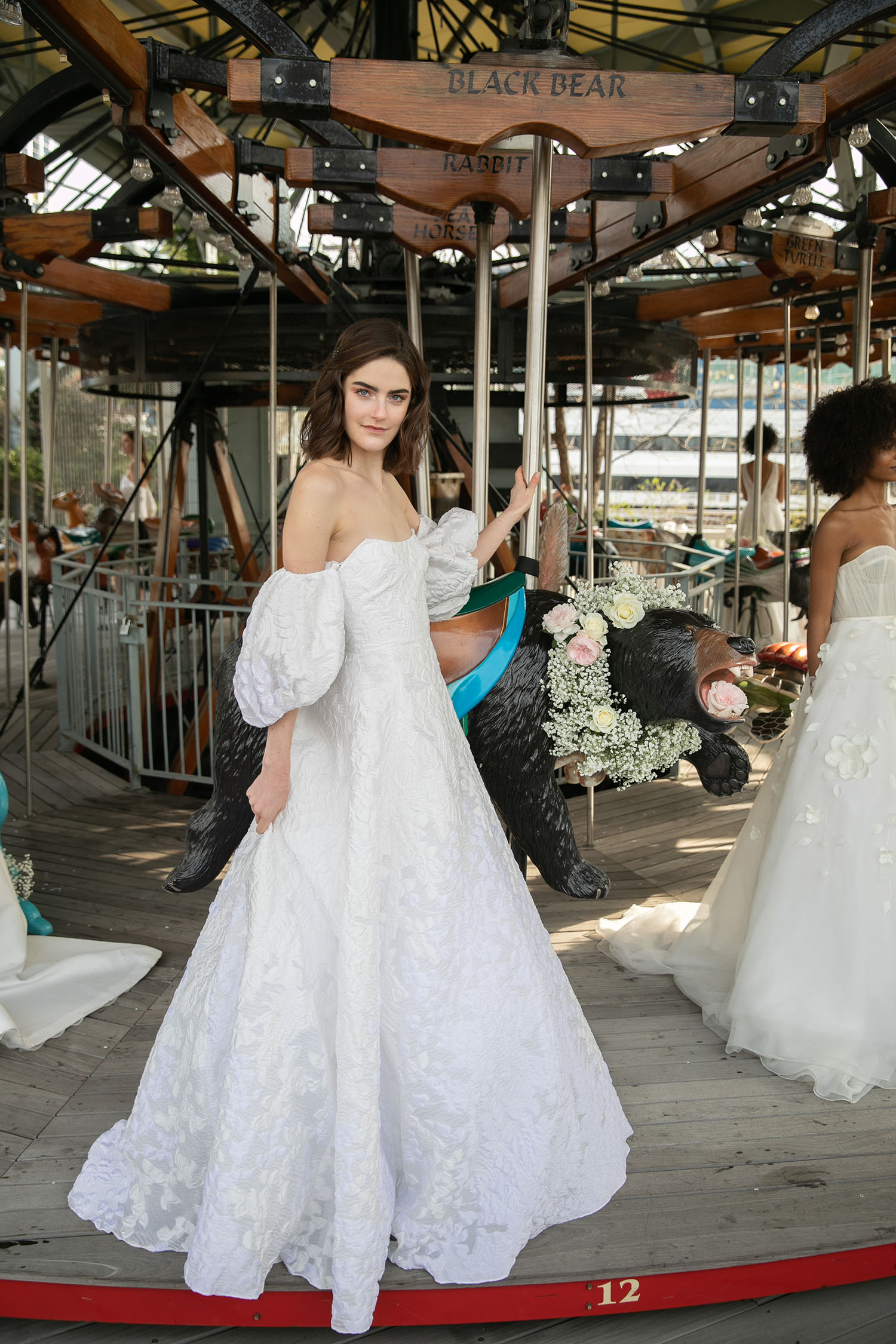 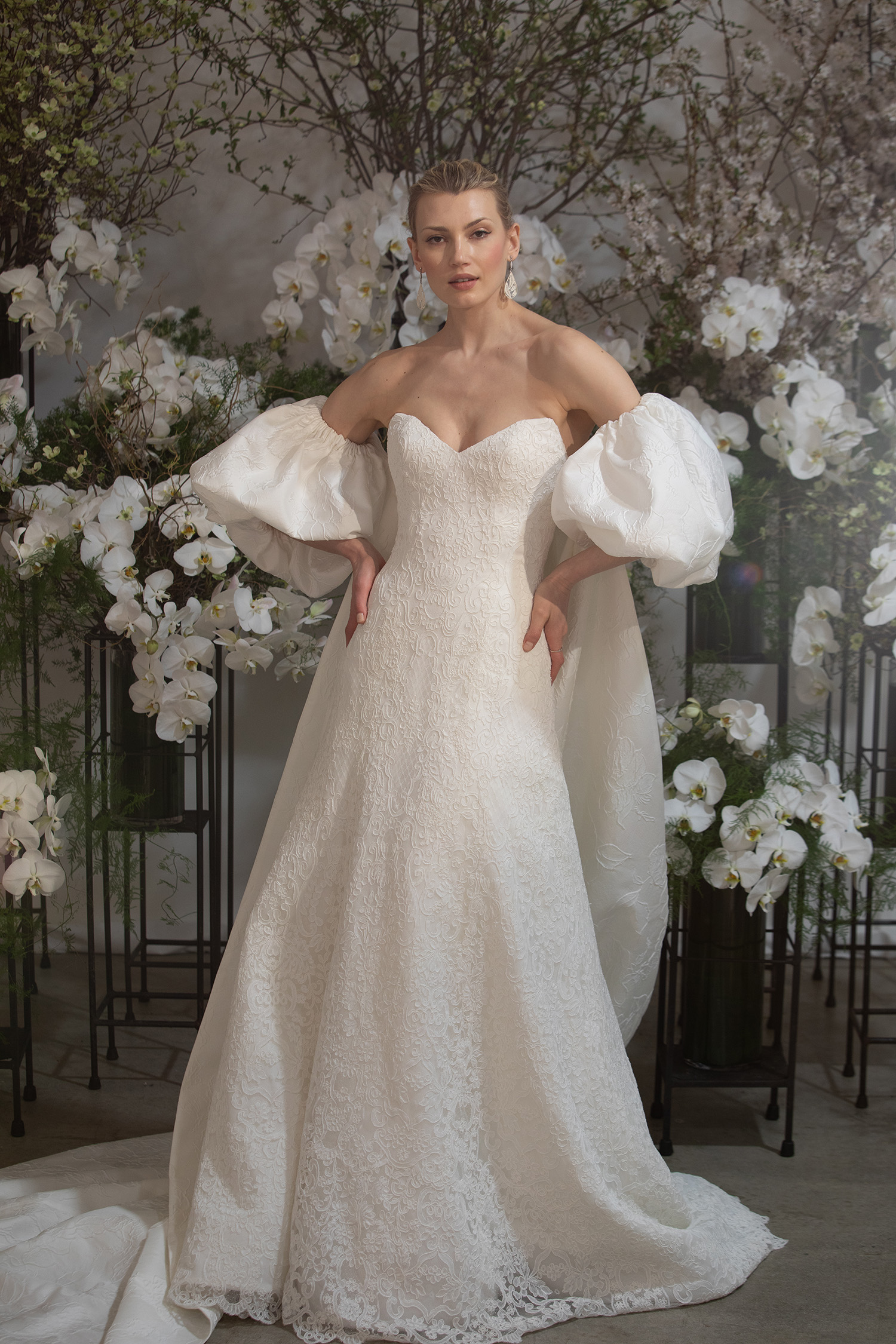 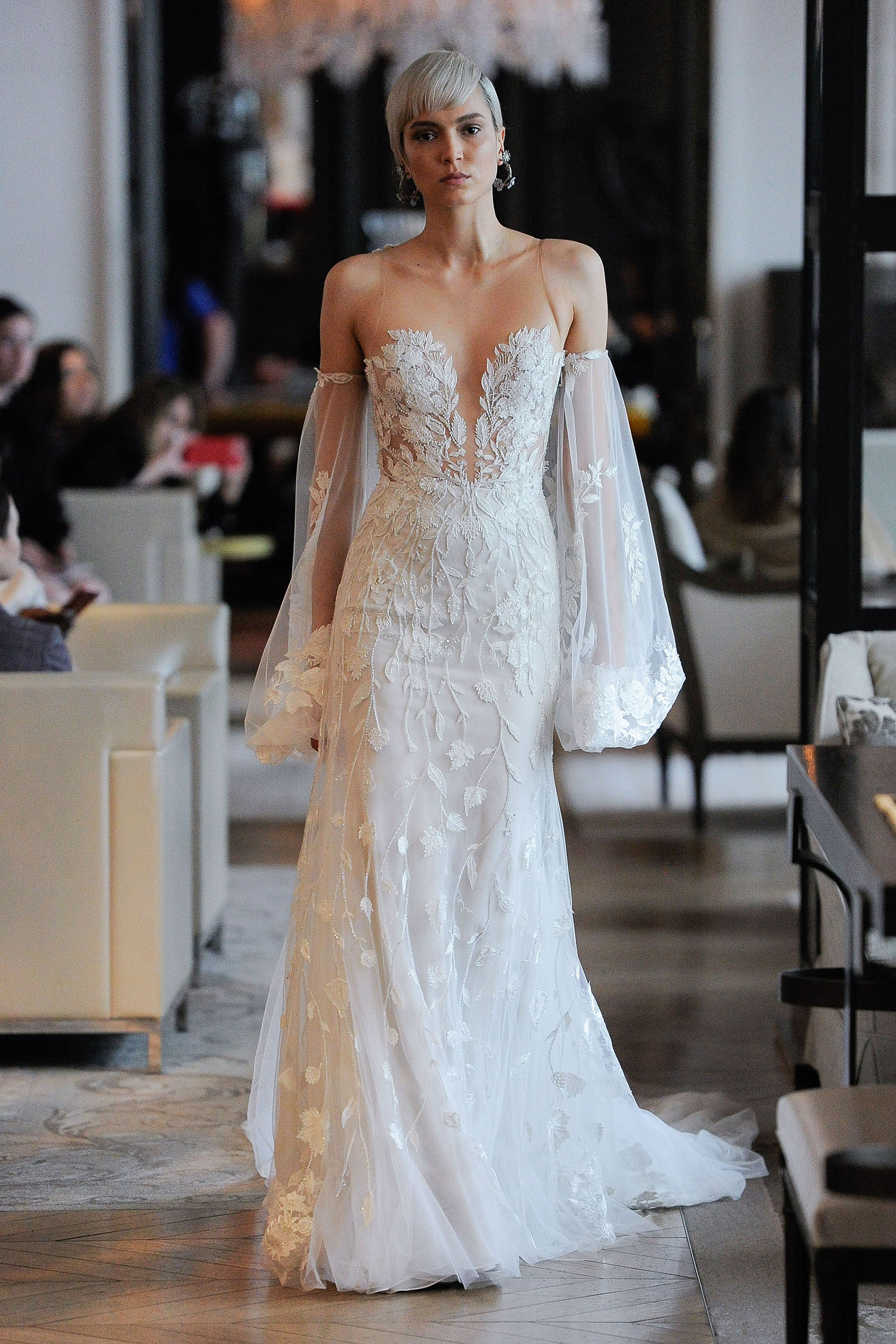 Large Scale Floral Detail We have seen appliqués and floral details for several season. This season it was all about the large scale floral. Some designers opted to strategically place this detail, while others used it throughout the gown. This is a trend that we are NOT mad about!  It is so refreshing and romantic, particularly for a Spring or Summer wedding! 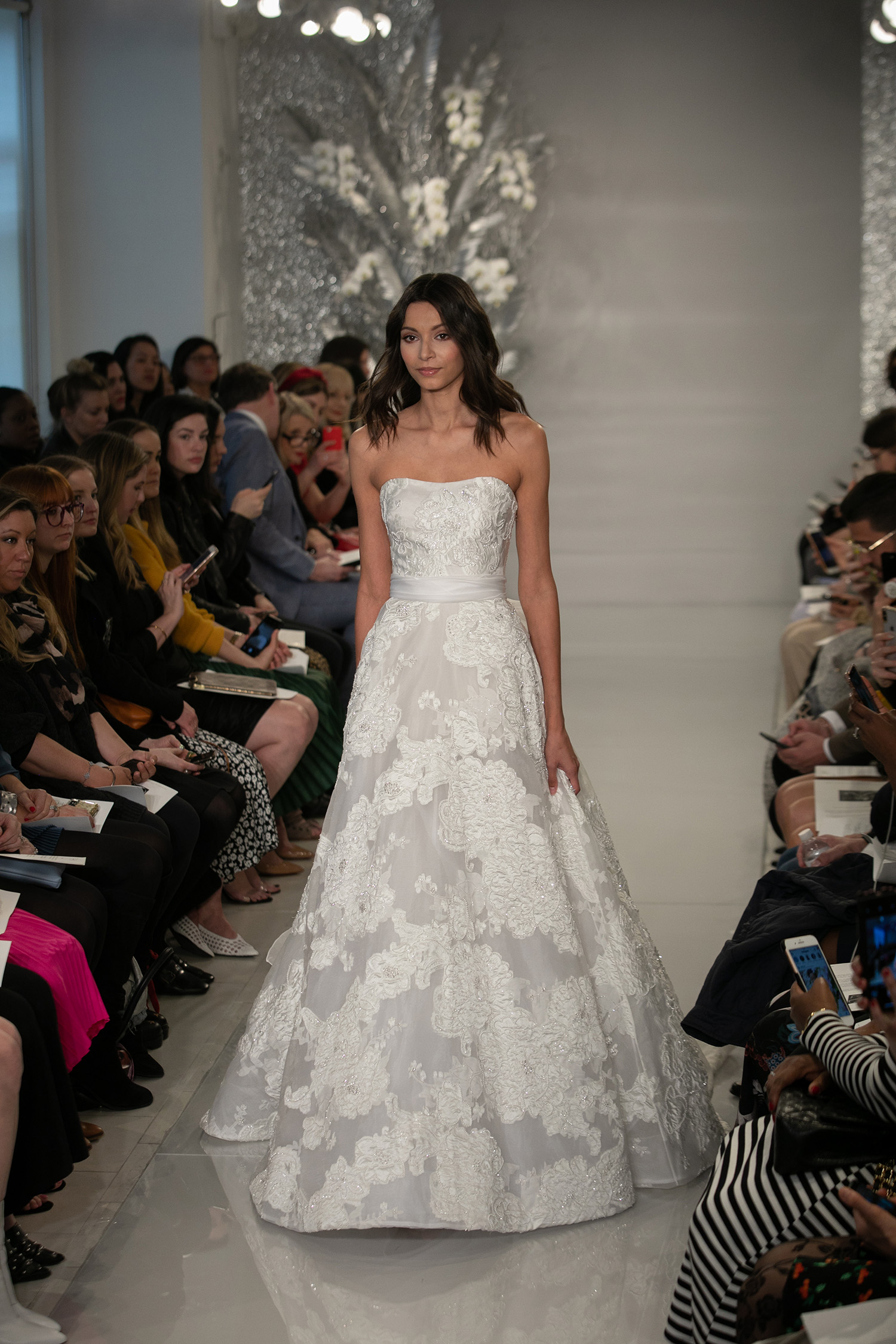 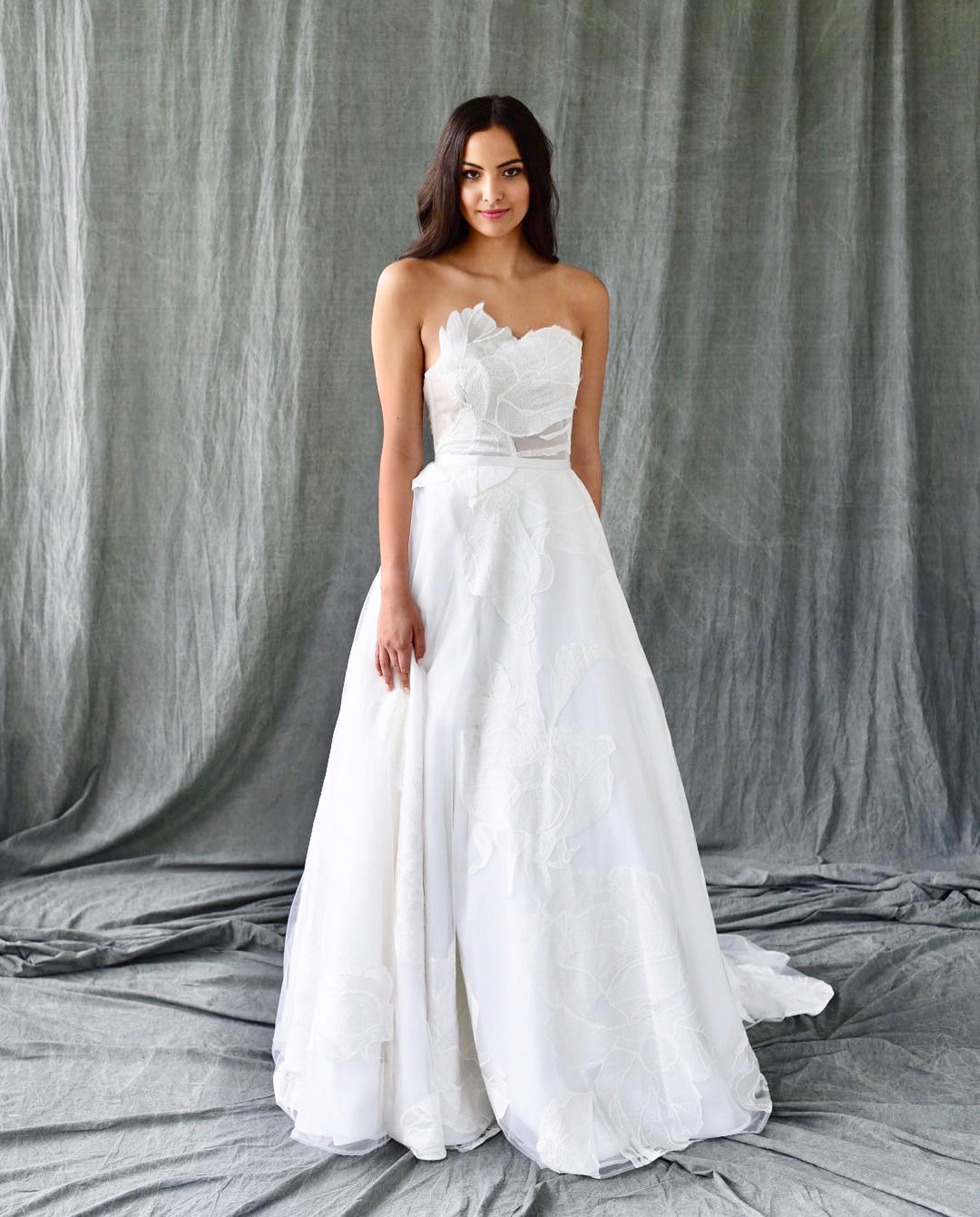 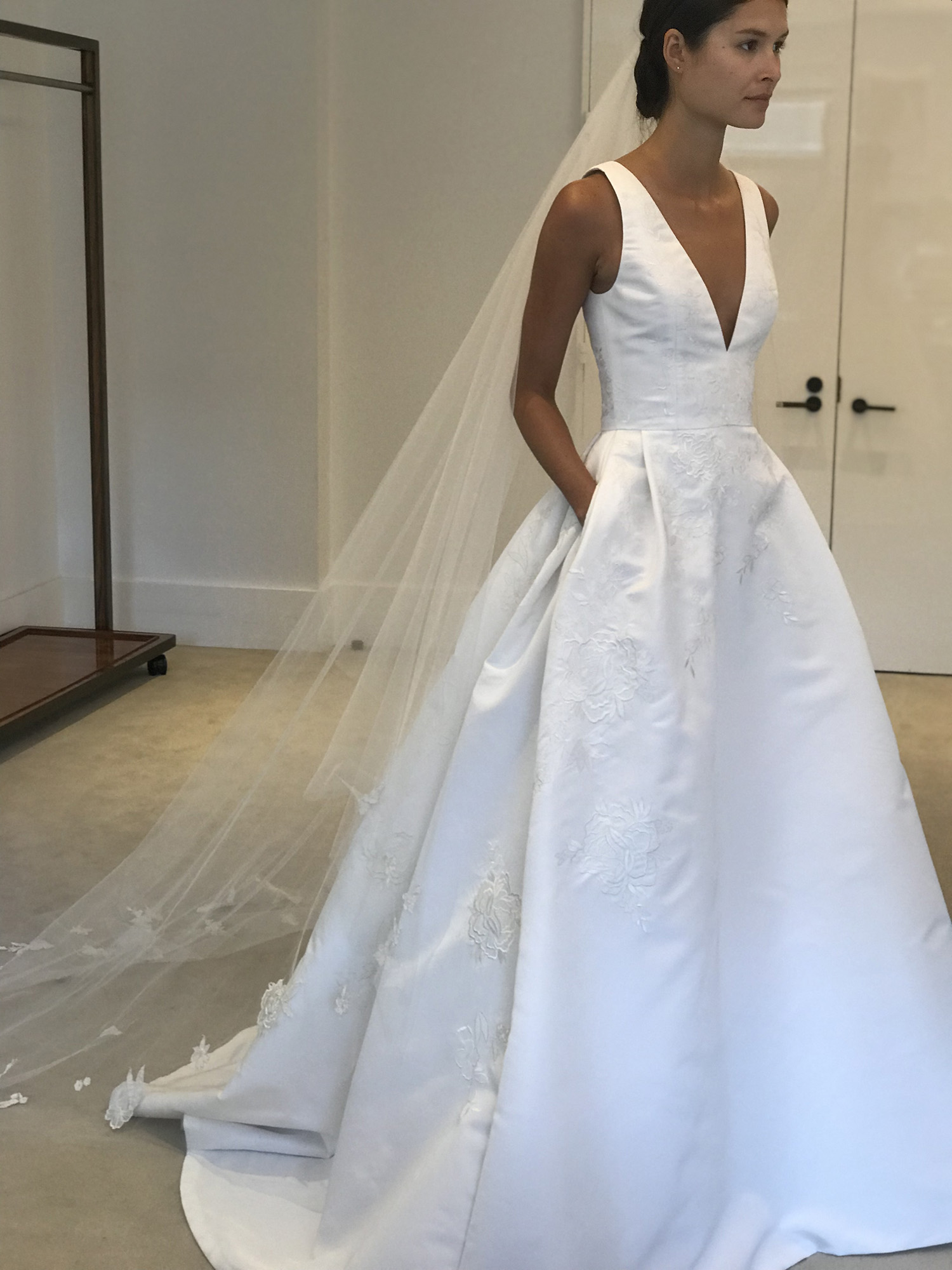 Clean and Classic We have been seeing two extremes in bridal, either very ornate or clean and classic.  Almost every designer had at least one clean gown in their collection.  Clean and simple fabrics like crepe, mikado and shantung appeared on runways in both full and fitted silhouettes.  We are all about a clean and tailored gown, so this is one of our favorite trends. 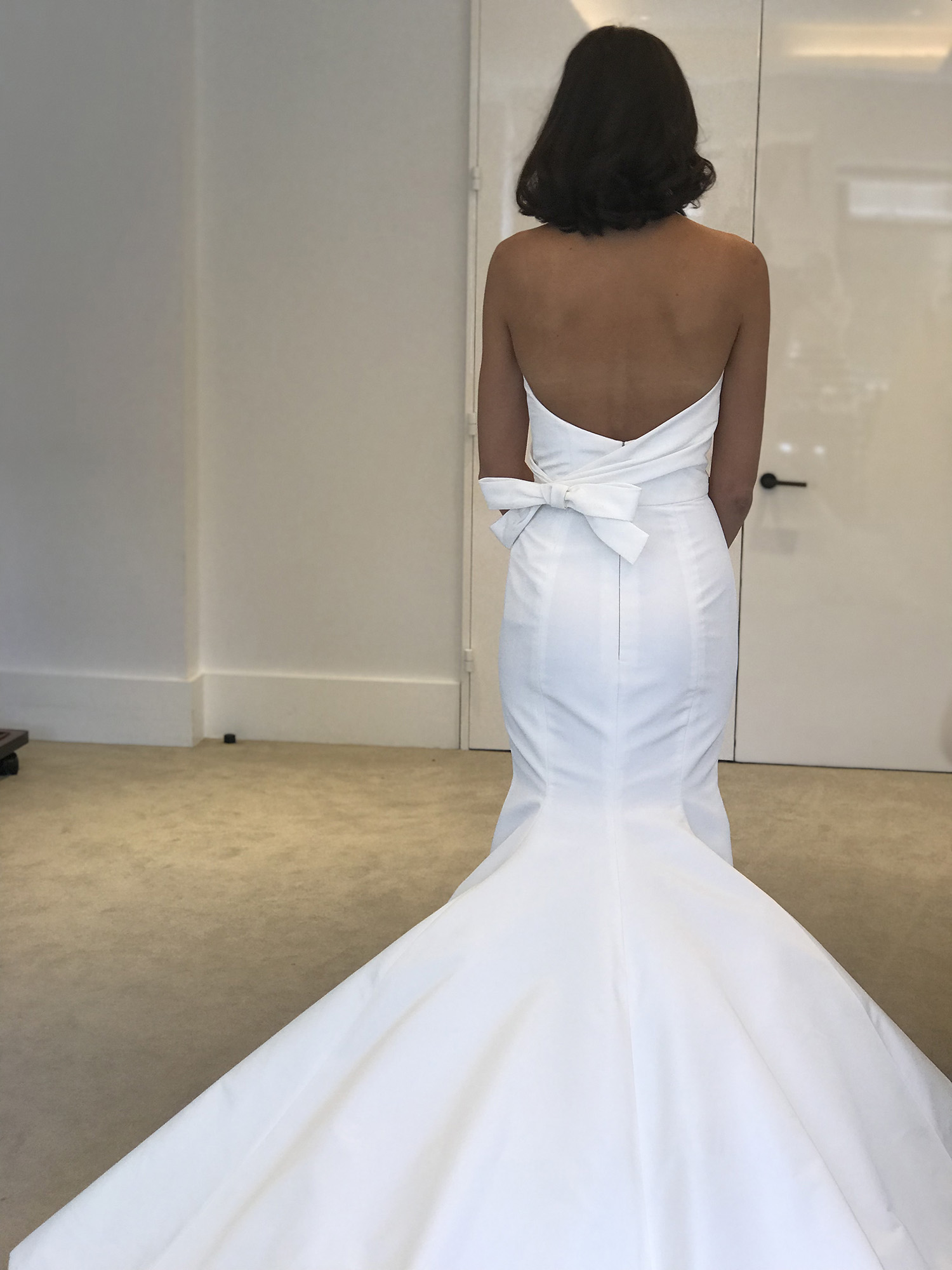 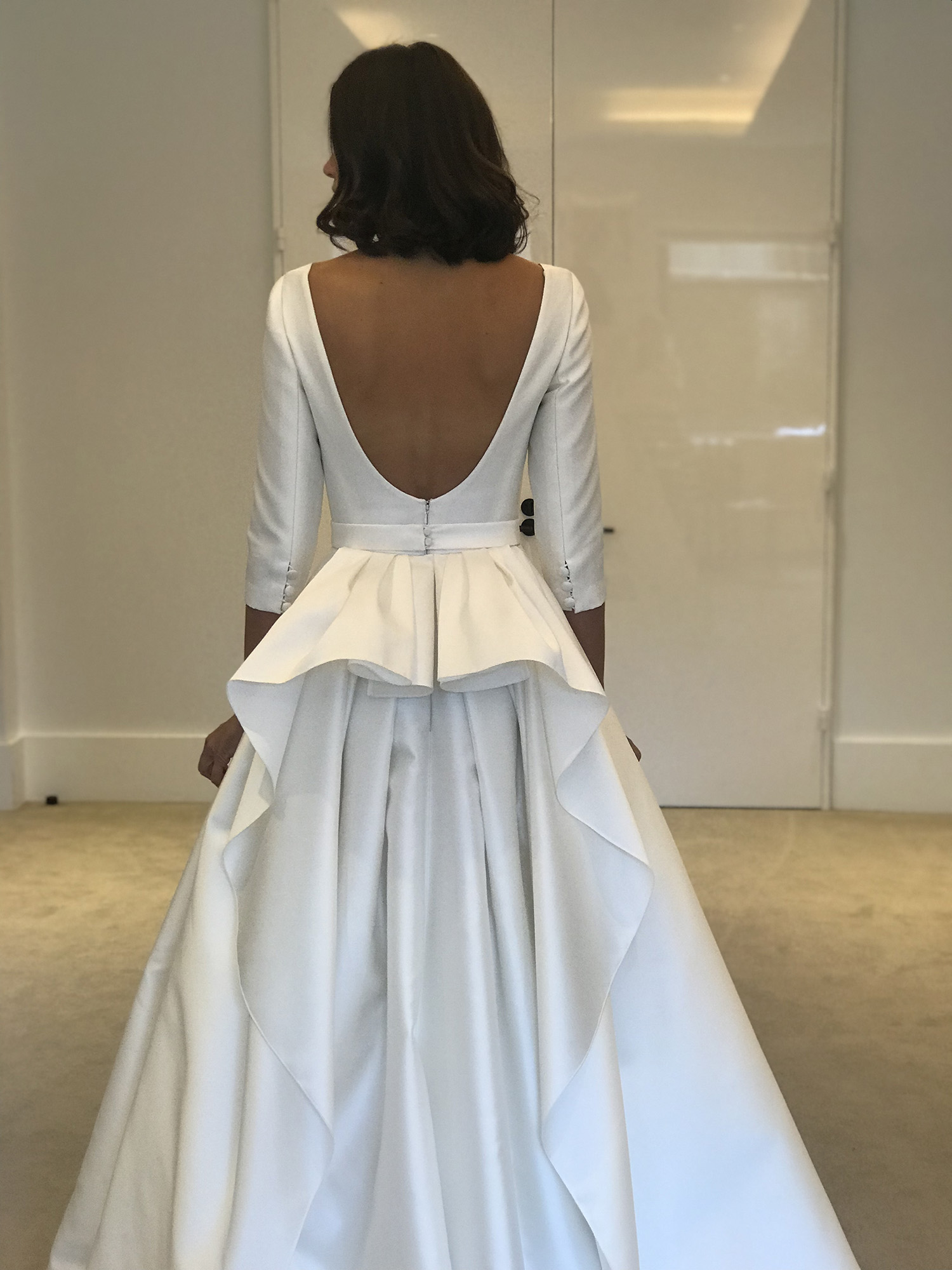 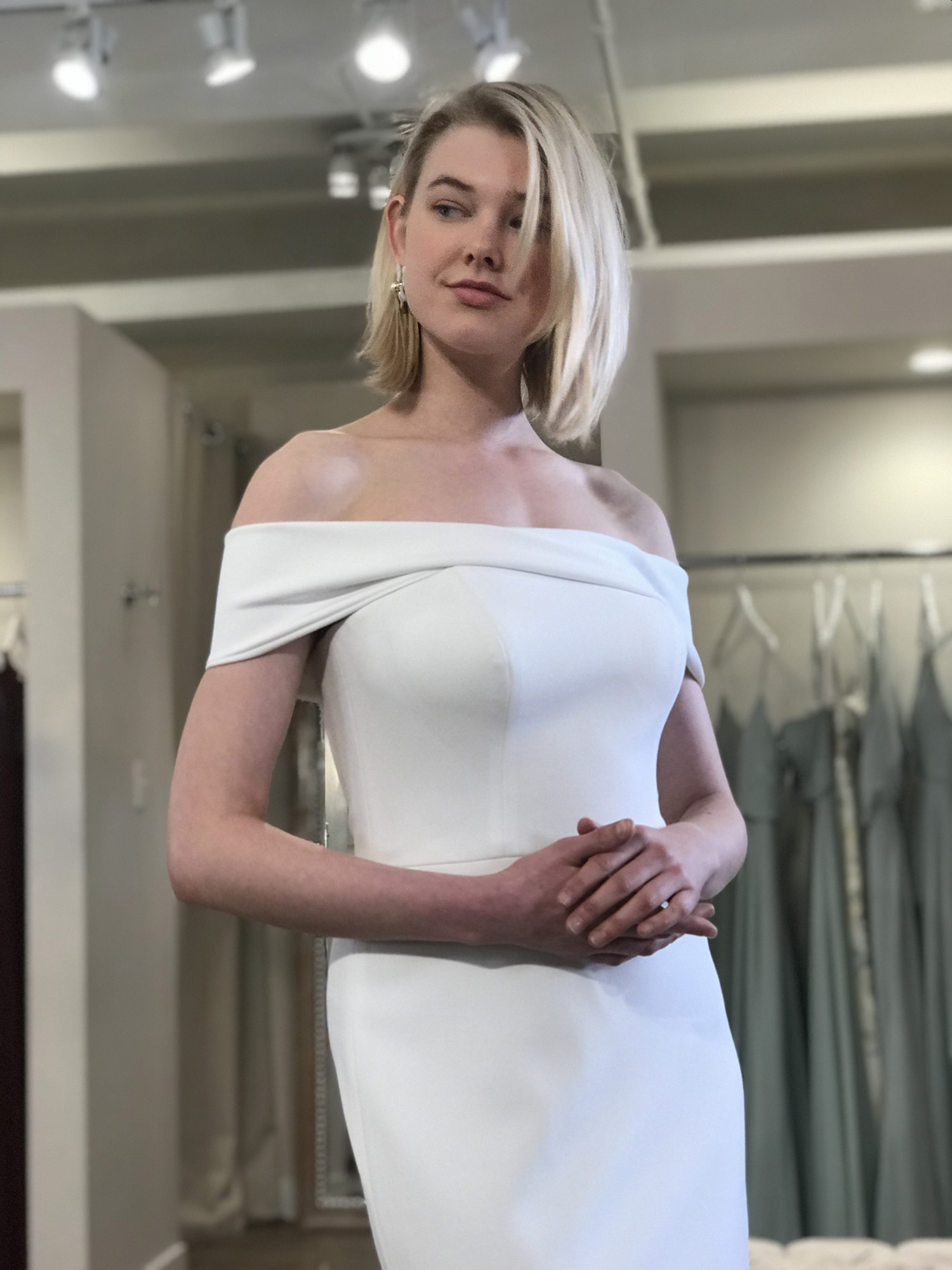 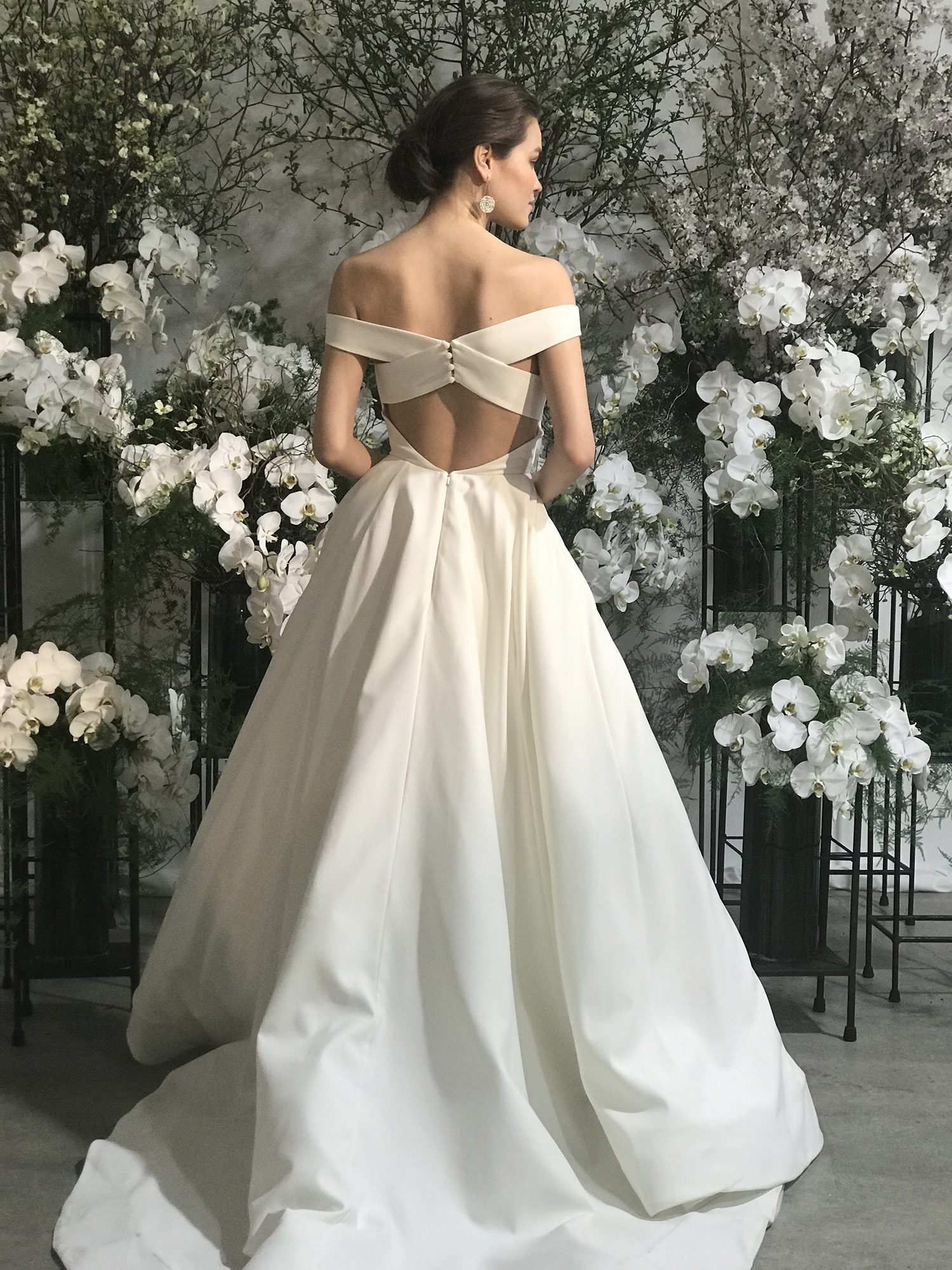 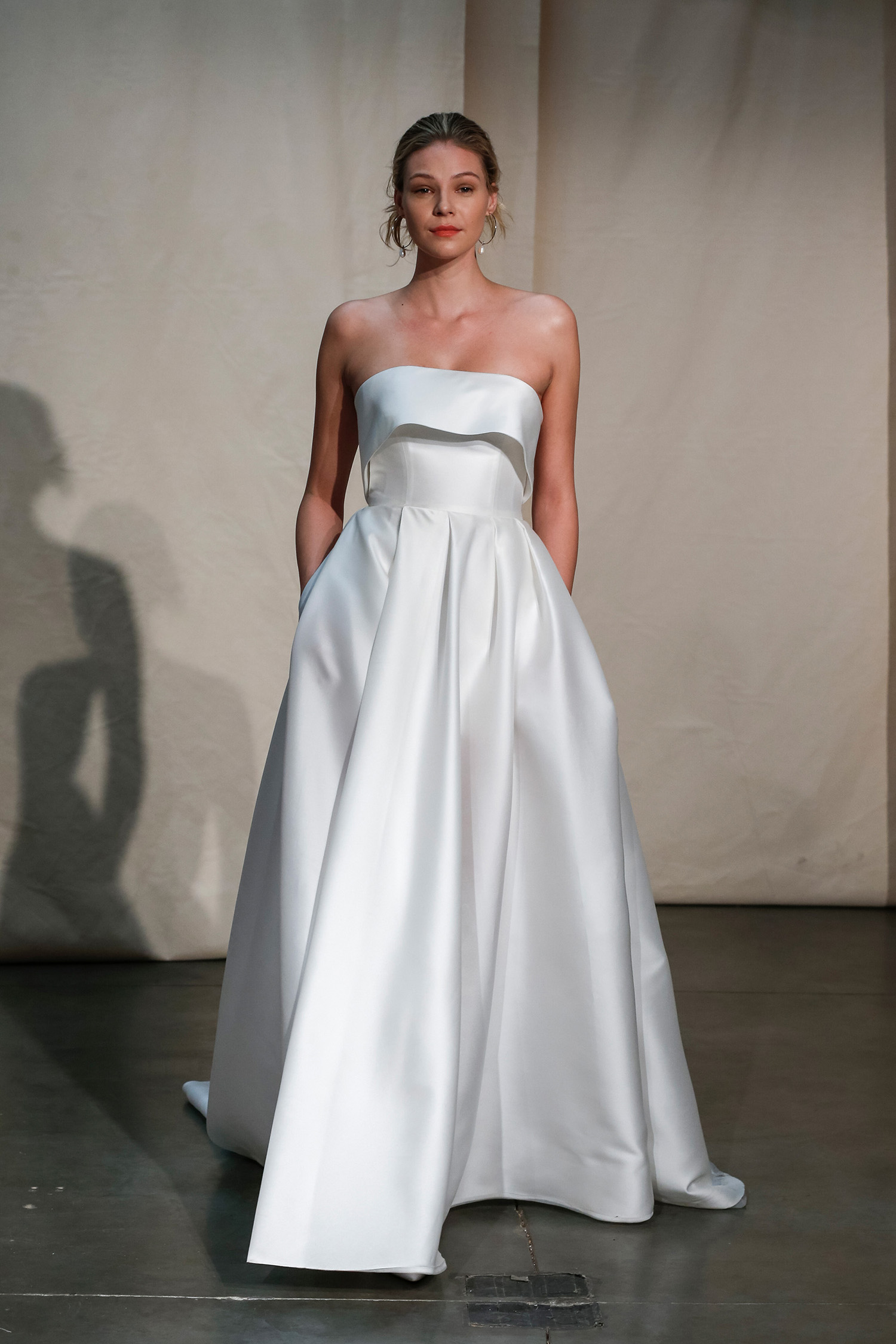 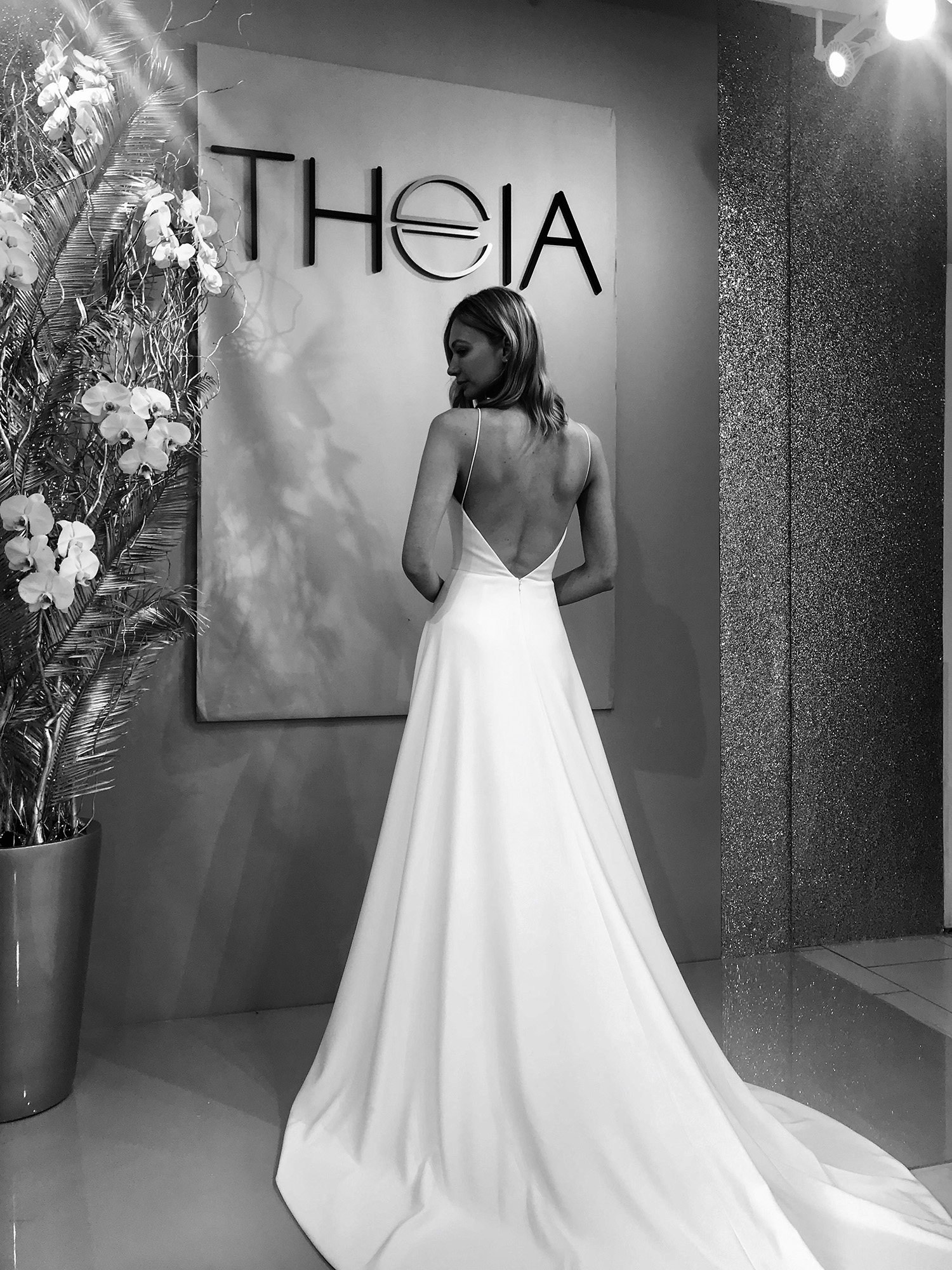 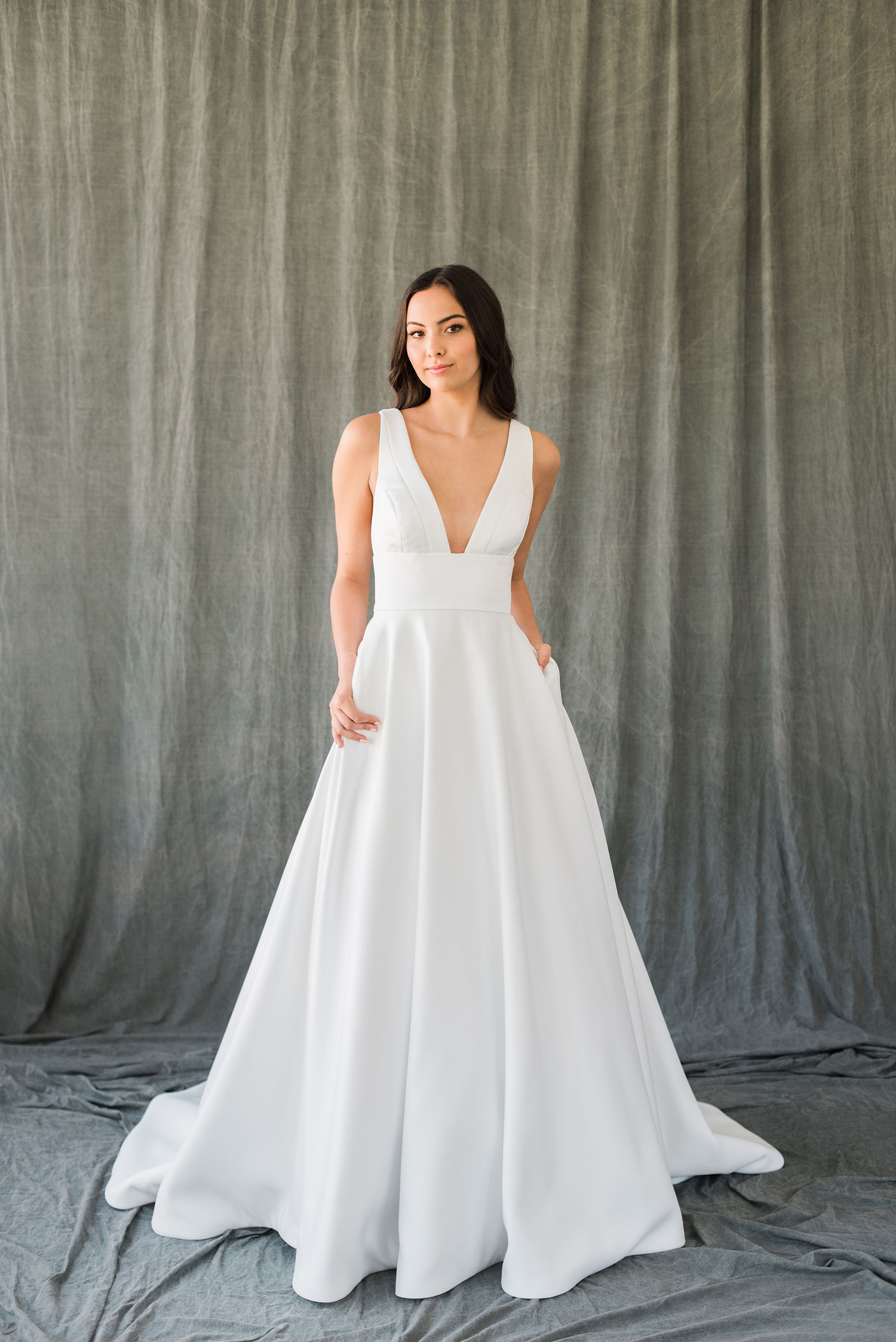 Watteau Trains A Watteau train is a train that comes from the top of the gown. It is similar to a cape, however, it does not come around the shoulders.  This type of train adds a bit more of drama in the back of a gown.  It can be used in lieu of a veil or a veil can be layered on top of it for an even more dramatic look. 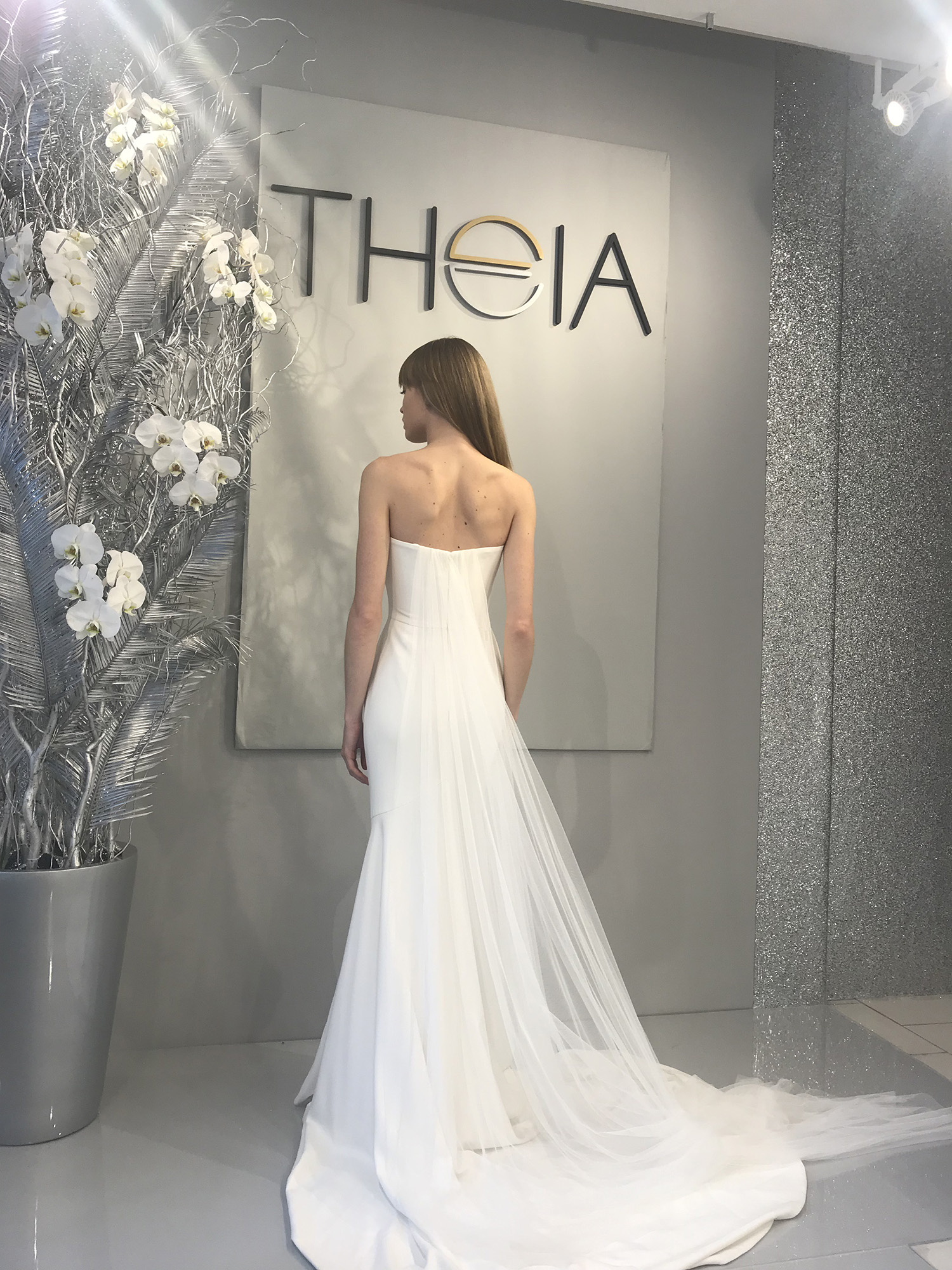 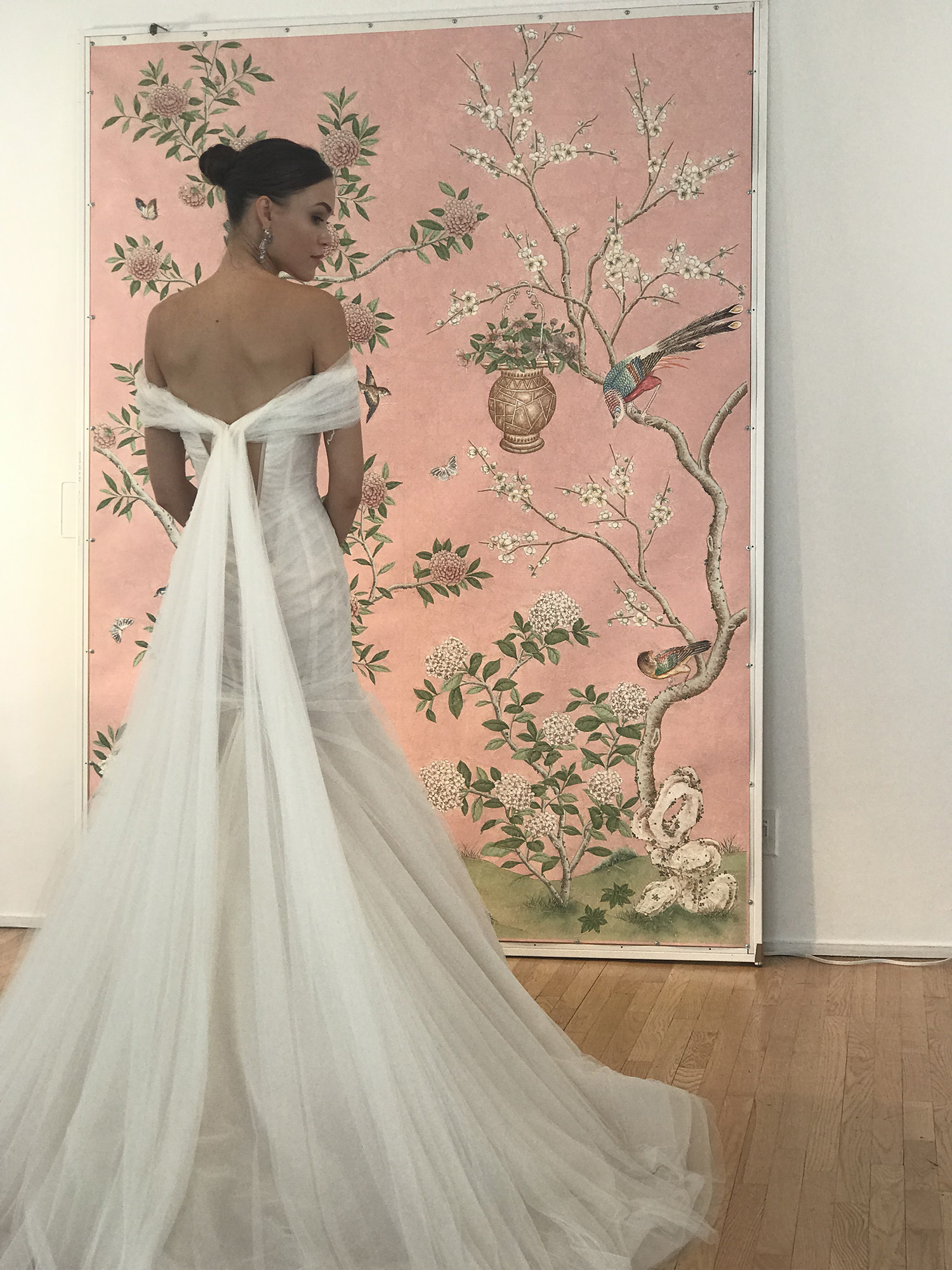 Designer: Ines di Santo High Necks High necklines graced several runways-both as part of the gown, or as a separate removable jacket.  This look is classic, yet modern and very sophisticated! 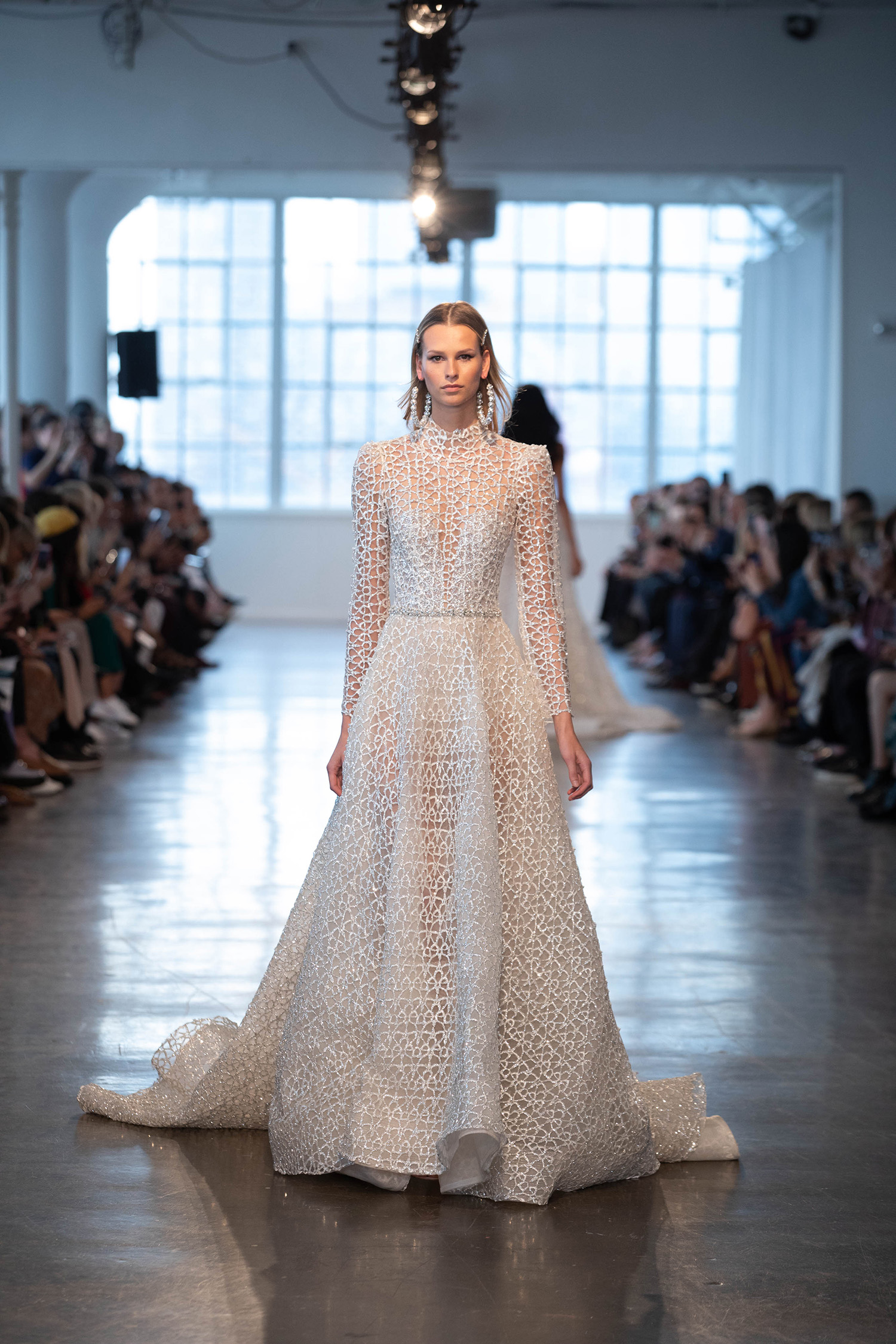 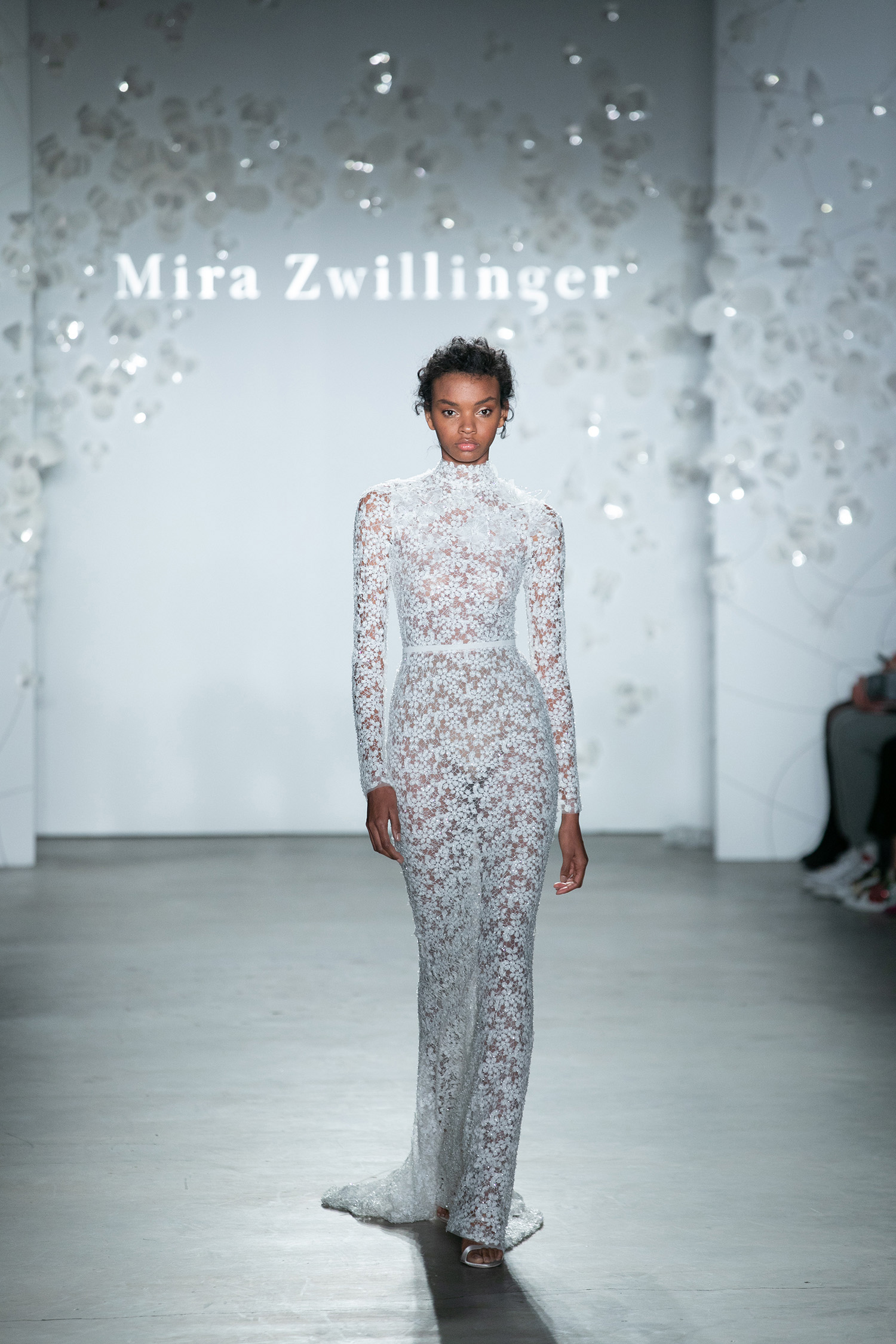 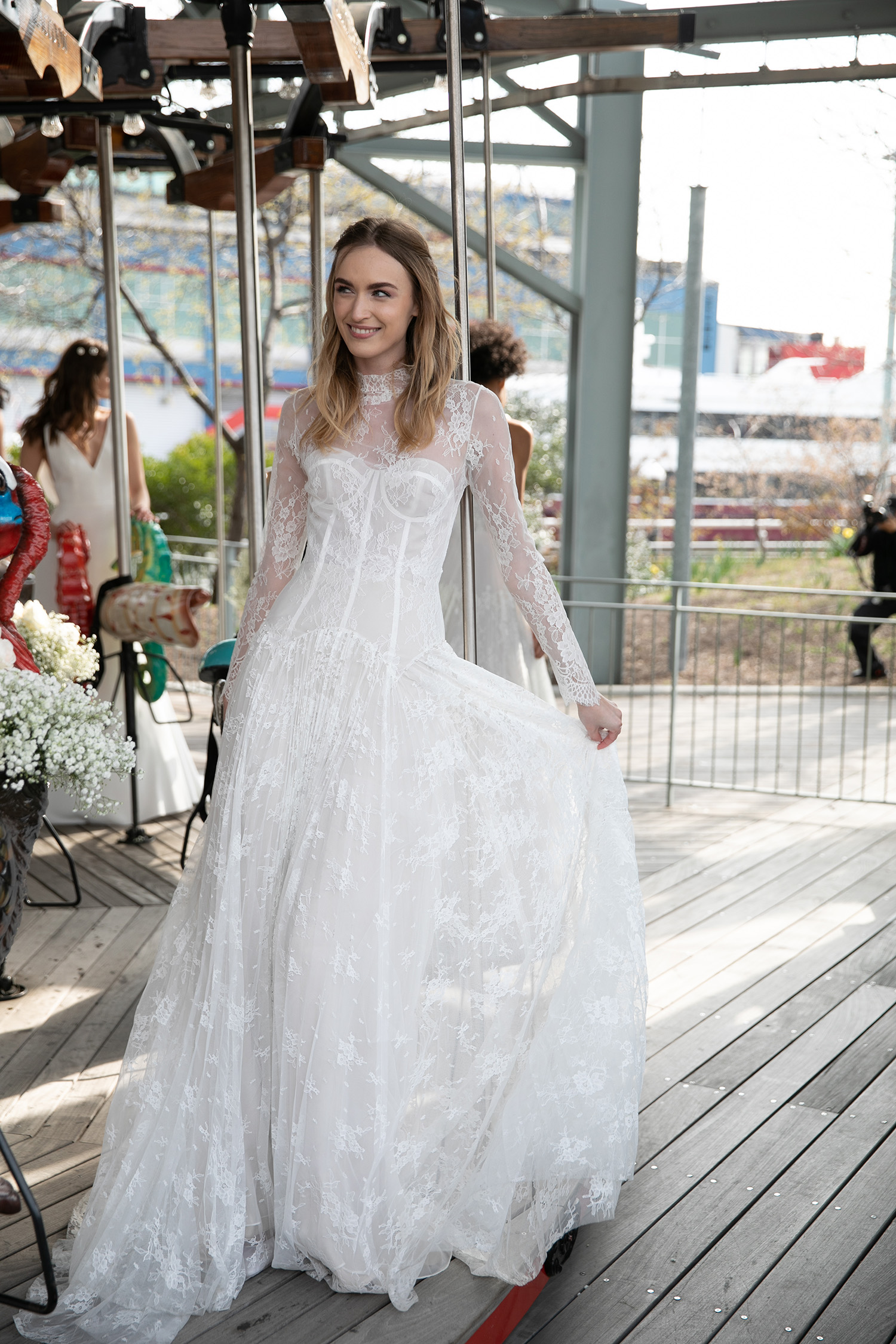 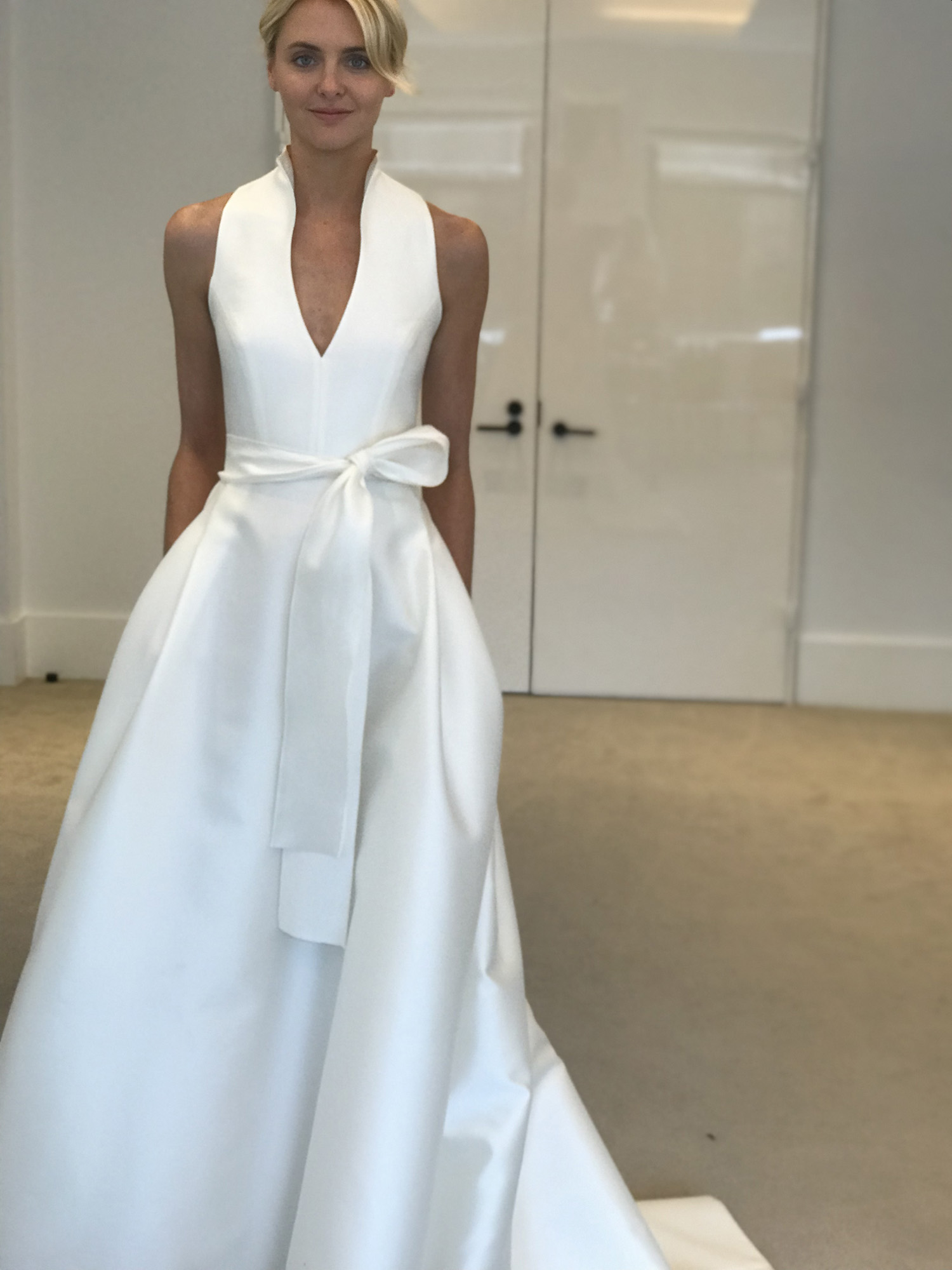 Jumpsuits There is truly a look for every bride and this was exemplified by the number of jumpsuits that we saw on the runways.  Jumpsuits are an alternative to a gown for a modern or same sex wedding or make a great option for the reception, rehearsal dinner or shower! 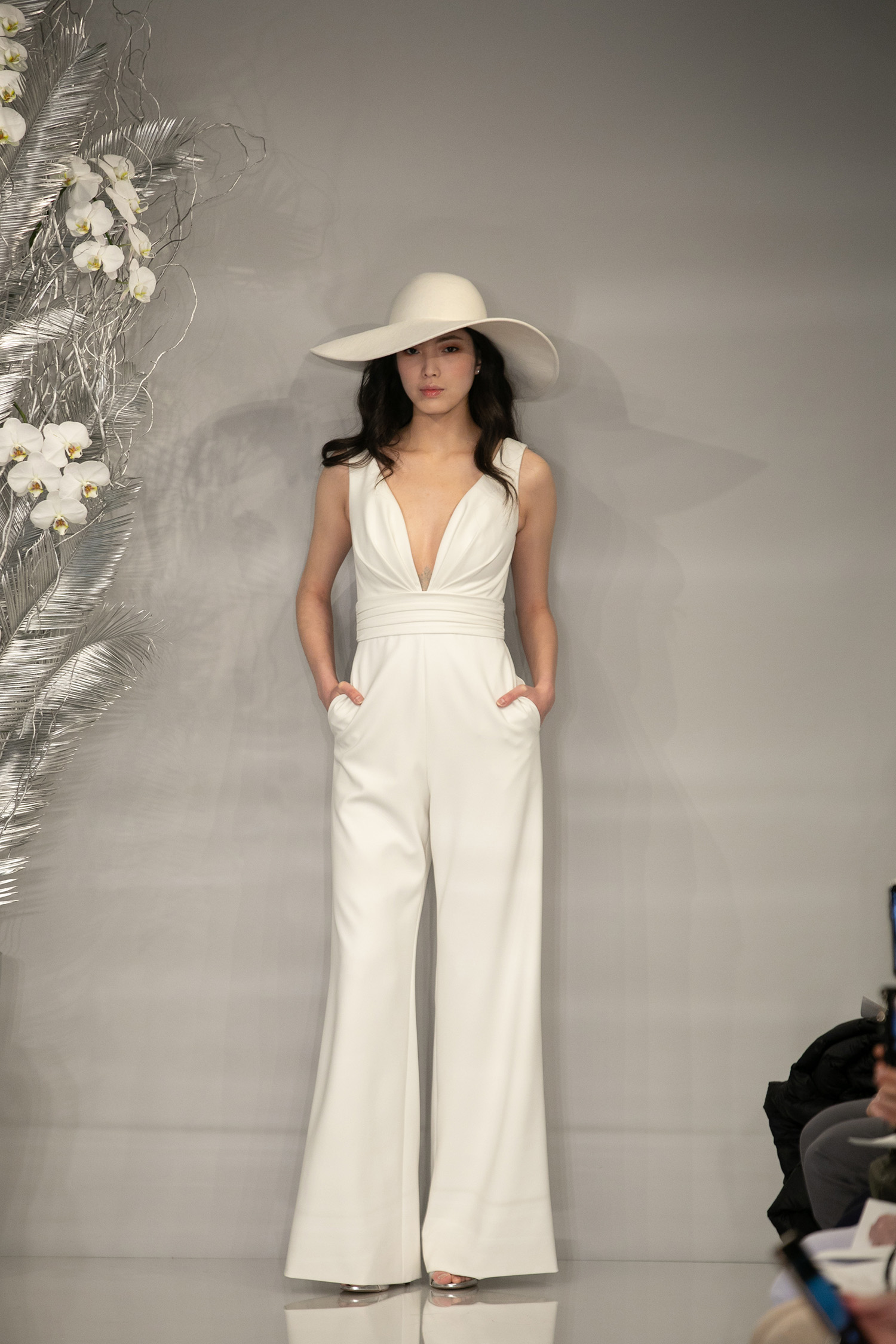 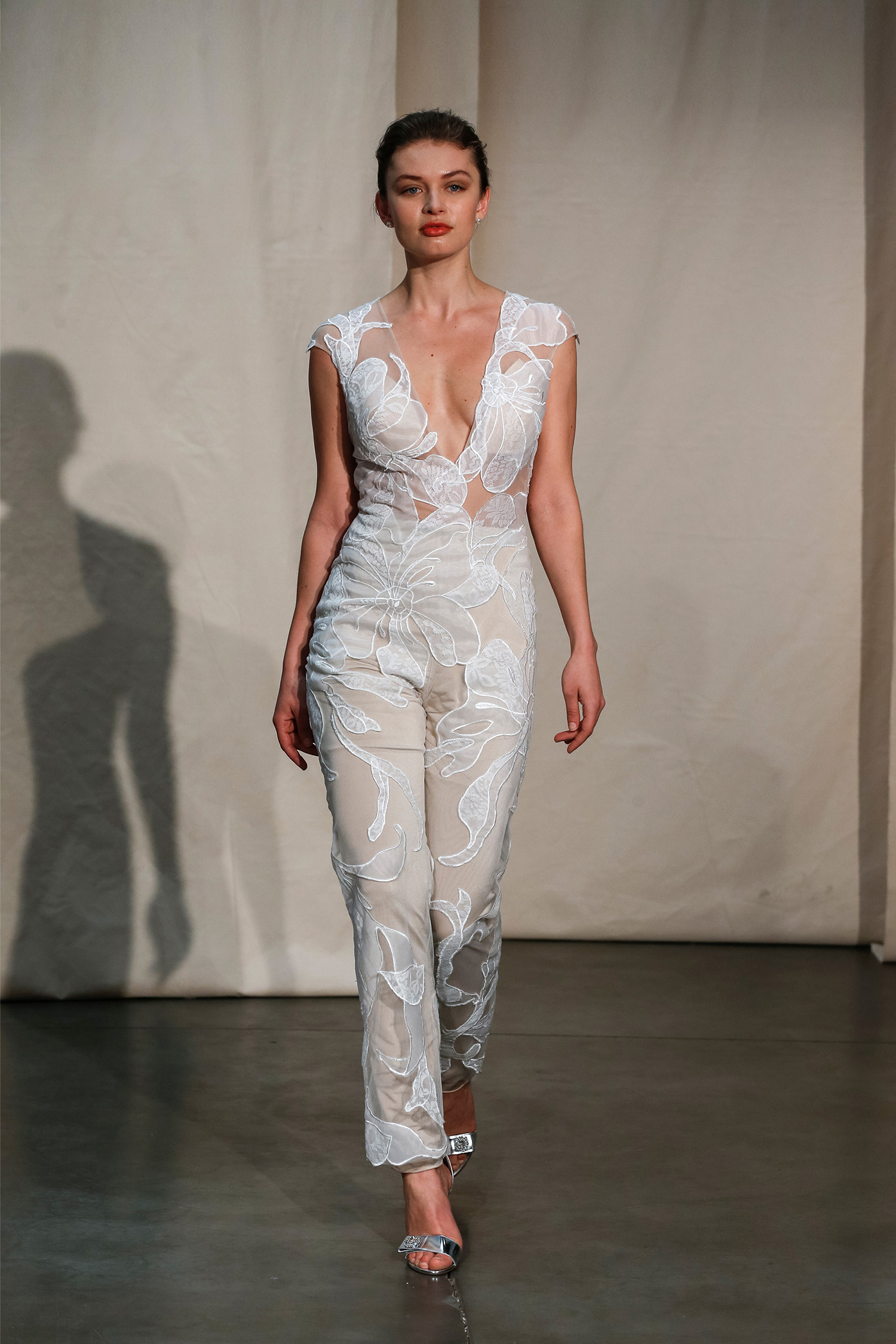 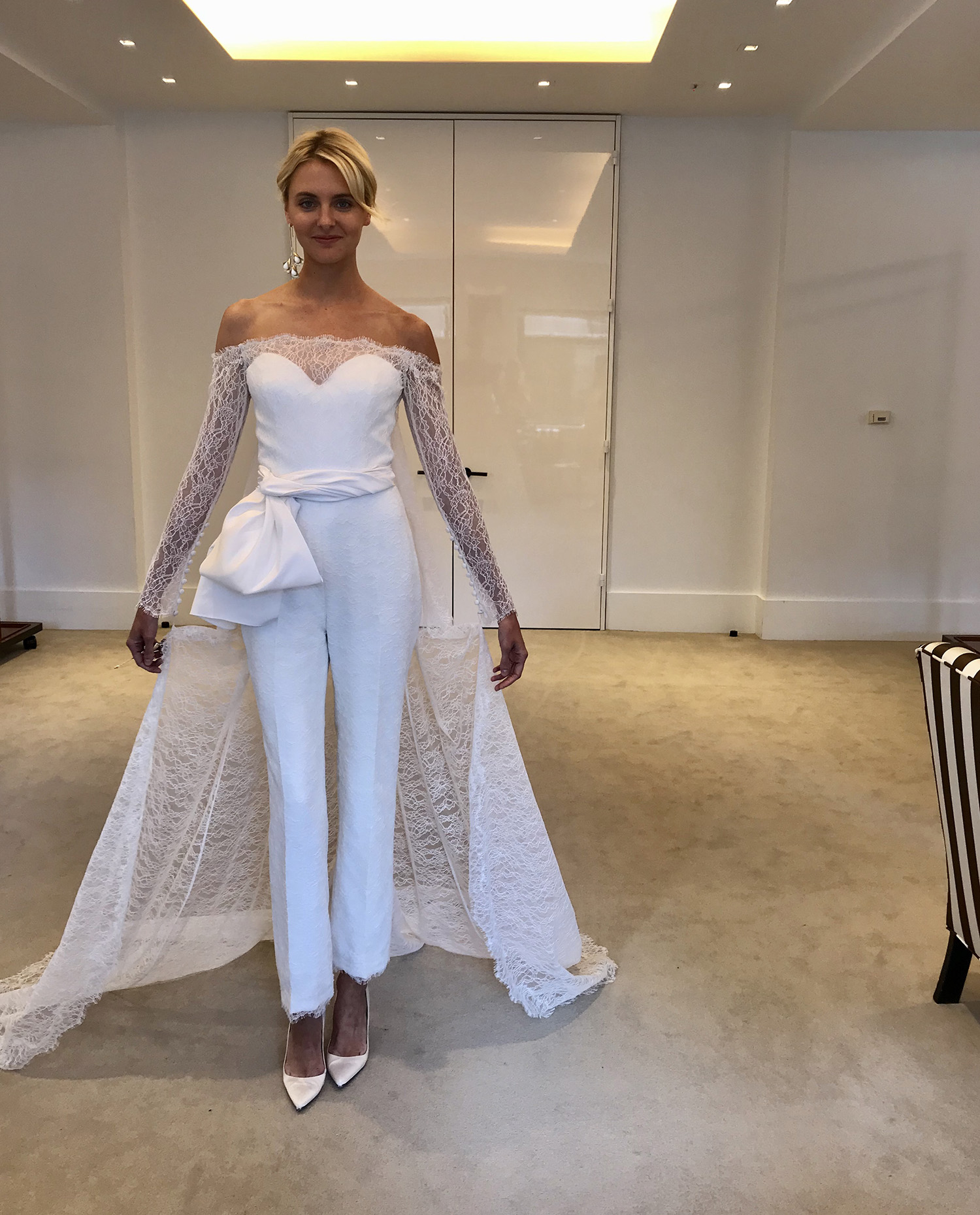 We have many of these trends already represented in the boutique. Stay tuned for a blog post on styles that we already have you for you to try on that reflect the latest trends!